What are the benefits of a clean desk versus a messy one? Learn how both clutter and minimalism can affect the creative mind.

Marie Kondo is a relatively recent phenomenon. But, the pressure to clean up, get organized, and have an orderly life, home, and desk is nothing new.

Benjamin Franklin — inventor and founding father of the United States, who died in 1790 — lamented in his autobiography. Towards the end of his life, he was never able to fully grasp his ambitions of order, despite “order” being third on his list of 13 virtues.

He wrote: “Order, too, with regard to places for things, papers, etc., I found extremely difficult to acquire. I had not been early accustomed to it, and, having an exceeding good memory, I was not so sensible of the inconvenience attending want of method… In truth, I found myself incorrigible with respect to Order; and now I am grown old, and my memory bad, I feel very sensibly the want of it.”

Franklin went on to say that he never attained perfection at giving all his possessions their rightful places. But, he was a “better and happier man” for having tried.

However, can you really KonMari your way to a simpler life? More importantly, will it make you a happier, more creative, more productive person?

Why Minimalism has Such a Broad Appeal 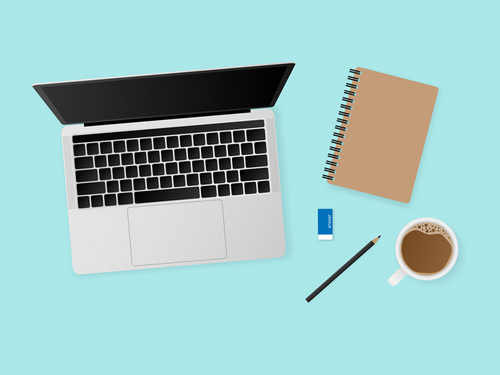 We live in such complicated times. Home, work, dating, marriage, child-rearing, money management, retirement, and other travails have never been more challenging to navigate. Our smartphones and social media profiles fill our brains with incessant chatter. Even getting a simple  answer through email can devolve into two dozen reply-alls.

Wouldn’t it be nice to have at least a little control — a little more simplicity?

A research paper on the tiny house movement, published in early 2019, sheds some light on the push and pull of minimalism: “In a culture that stresses success, hard work, and material comfort; while, at the same time, encouraging individuals to strive for happiness and fulfillment, the tiny house lifestyle seems to offer an experiential lifeboat to navigate the ever-changing waters of our time and a ‘new’ moral compass to orient their lives,” the University of North Georgia researchers report.

“People are attracted to the simple prescriptive elements of the movement, precisely because they feel it liberates them from the struggles of contemporary life, and allows them to chase their dreams, travel, live in the moment, and seek true happiness.”

We are also neurologically designed to continuously strive for self-improvement. Taken together with the tiny-house research, is it any wonder so many people believe that obtaining a “better life” starts by shedding layers of complexity?

Most people with these feelings, however, don’t have minimalist ambitions. Instead, they may simply seek fixes in places they feel are more chaotic. And clutter — whether physical, digital, or mental — is an easy target. It’s what drives cleaning frenzies and record-alphabetization sessions, as well as digital minimalism trends like smartphone sabbaths, social media cleanups, and inbox zero. It’s one of the factors that drives open-concept offices, and maybe even dieting.

In the book How to Live A Happier Life By Becoming A Minimalist, author M.A. Hill states that removing clutter can give time back to your day. “You save your energy. In short, with fewer things to take care of, you are more productive at your work.” The American Psychological Association, meanwhile, claims multitasking — the mental equivalent of clutter — can reduce focus.

Look at your workspace. Is it a gleaming, uncluttered surface, or have you somehow amassed a collection of empty cups and inkless pens? If you’re drowning in things and struggling creatively, tidying up may improve your prospects. Of course, it’s not the solution to all of life’s problems. 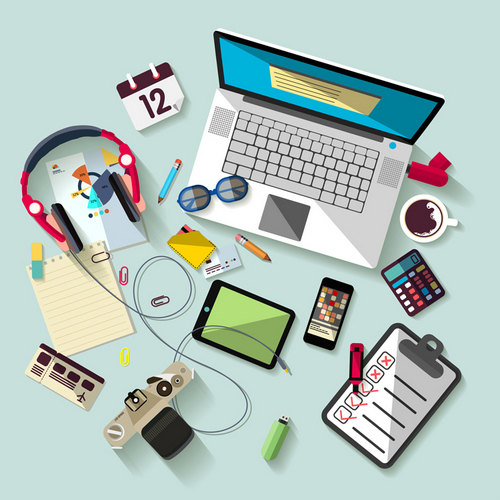 In one experiment, the study seated participants in cluttered and uncluttered rooms and asked them to come up with ten alternative uses for pingpong balls. An independent panel of judges determined that the people in the messy room consistently came up with more creative ideas. “Being creative is aided by breaking away from tradition, order, and convention, and a disorderly environment seems to help people do just that,” the authors wrote. “Disorderly environments stimulate creativity, which has widespread importance for culture, business, and the arts.”

This conclusion could be a relief for creatives and self-employed people. In fact, a messy desk can be a sign of genius. Einstein — the keeper of an insanely messy desk, up until the day he died — is believed to have said, “If a cluttered desk is a sign of a cluttered mind, of what, then, is an empty desk a sign?”

However, a little minimalism might do creatives some good. Vohs’s study also found that orderly environments can promote a number of important benefits. For instance, people who visited the uncluttered room were more charitable and opted for healthier foods. “Orderly environments promote convention and healthy choices, which could improve life by helping people follow social norms and boosting wellbeing,” the researchers noted.

Whether you aspire to perfect minimalism or choose to revel in your mess, know that the best answer for you likely lies somewhere in between. Perhaps it means cleaning your work or home environment more frequently. But, don’t freak out if an old coffee cup languishes on your desk for more than a day. For work-from-home people, maybe it means keeping a clean house but a messy desk. In short, it’s all about balance.

Shooting Timeless but Unique Photos of the American West

Prince Harry and Meghan Markle, The Year in Review