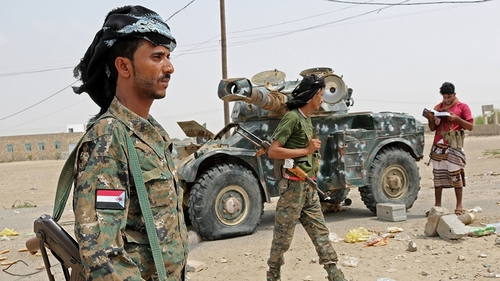 Information Minister Moammar al-Eryani said in a Twitter post on Wednesday that national army forces had “taken control” of the airport.

Al-Eryani said in an earlier tweet that pro-government troops had begun to secure districts throughout the city, which were seized by separatist forces earlier this month.

The separatists, who are demanding self-rule in the south, are part of a Saudi-led military alliance featuring the United Arab Emirates (UAE) that intervened in Yemen in March 2015 to try to restore the government of Abd-Rabbu Mansour Hadi, which was removed from power in capital Sanaa by the Houthis in late 2014.

The UAE-backed Southern Transitional Council (STC), which accuses Hadi’s government of mismanagement, seized control of Aden after accusing a party allied to Hadi of being complicit in a Houthi attack on southern forces.

The standoff has exposed a rift between Gulf allies Saudi Arabia and the UAE, which in June scaled down its presence in Yemen under a Western pressure to end the devastating war, but continues to support thousands of southern separatist forces.

Saudi Arabia wants to resolve the standoff in the south to refocus the coalition on fighting the Houthis, who control Sanaa and most urban centres in the Arabian Peninsula nation.

The Aden crisis has also complicated UN efforts to implement peace deals elsewhere in the country and pave the way for negotiations to end a war that has killed tens of thousands and pushed Yemen to the brink of famine.