New Delhi, India – A new study says police in India display “significant bias against Muslims”, with half of the police personnel surveyed saying they feel Muslims are “naturally prone towards committing crimes”. 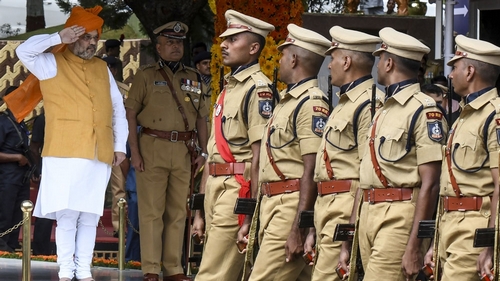 The findings, published on Tuesday, come amid concern from the United Nations and rights groups over an increase in harassment of and violence against India’s Muslim minority after the Hindu-nationalist Bharatiya Janata Party, led by Prime Minister Narendra Modi, assumed power in 2014.

Since then, dozens of people, mostly Muslims, have been killed by vigilante mobs on allegations of eating beef or slaughtering cows – an animal considered sacred in Hinduism.

Tuesday’s study, titled The Status of Policing in India Report: Police Adequacy and Working Conditions, found 14 percent of police surveyed believed Muslims were “very much likely” to be prone to committing crimes, while 36 percent felt members of the faith were “some-what likely” to do so.

“Thirty-five percent personnel feel (to a large extent and somewhat combined) that it is natural for a mob to punish the culprit in case of cow slaughter,” it added.

But he added: “We can’t really establish that the prejudices they have, whether it’s affecting their work or not but there are always these chances.”

The study also found 60 percent of those surveyed believed migrants from other states were more likely to commit crimes. Separately, more than half felt complaints of gender-based violence were false.

The researchers described the survey as the first of its kind in India, covering police perceptions on a range of issues, including working conditions, resources and obstacles to investigating crimes.

Nearly a third of respondents said pressure from politicians was the main obstacle to investigating crimes, while an overwhelming majority of 72 percent said they encountered “political pressure” in investigations involving influential people.

It also found more than a third of police personnel surveyed favoured handing out “a small punishment” for minor offences than a legal trial, while one out of five felt “killing dangerous criminals is better than a legal trial”.

It added: “Four out of five personnel believe that there is nothing wrong in the police beating up criminals to extract confessions.”