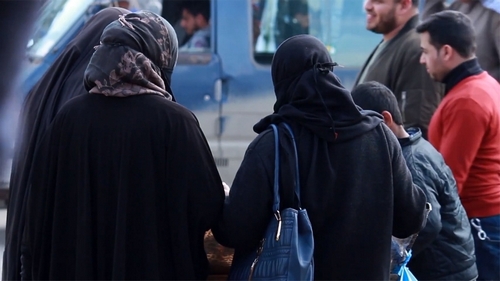 Iraq is emerging from more than a decade of intermittent conflict. People are rebuilding their cities and institutions. At the same time, they are also pursuing reconciliation and trying to reconstruct their national identity.

Iraq’s penal code allows husbands to discipline their wives, and there is currently no law criminalising domestic violence. For almost a decade, women’s rights groups have been pushing parliament to pass a law that would change that – but it has always stalled.

“The law in Iraq doesn’t give women their rights,” says Lena, a domestic violence survivor whose abuse left her with physical and psychological ailments.

“I tried so many times to leave [my ex-husband] … At the end of the day, I felt that I was going to die,” she says.

But the abuse was just the beginning of her ordeal. After she left her husband and filed a police report, he turned the tables against Lena and her family, accusing them of kidnapping him.

At the end of the day, Lena was found guilty and spent 16 months in prison.

Lena blames the wide-reaching corruption in the judicial system, “from the lowest clerk to the highest judge.”

She says Iraqi women who are unemployed or not well educated, especially those who have children, are forced to “bear everything”.

There are no updated national figures for domestic violence in Iraq; the most recent data available, from 2012, estimated that one in five women were victims.

Civil society groups say, based on the growing number of women seeking assistance, they believe the figure is much higher today.

“The life, the traditions, is so hard on the woman, on the girl,” says Hanna Edwar, a longtime activist and founder of a non-profit social services group called al-Ammal.

She calls domestic violence “a national crisis” and attributes the increase to a number of factors, including political instability, poverty, conflict, outdated traditions and lack of rule of law. She says corruption also makes it difficult for victims and survivors to get justice.

Edwar has taken the lead on the effort to raise awareness about domestic violence and is pushing to pass the law offering victims greater protection.

“This year we are really very optimistic about it [passing] ,” she says. “Because it’s not only our demand as civil society. It is now the demands of the government [as well] .”

In the meantime, many women like Lena are still awaiting recognition of the crimes committed against them.

“When I talk about what happened to me, people dismiss it as just a story… I have not been able to convince anyone in our government to change our laws to protect women,” Lena says. “I have never received justice.”