“This is a unique situation. None of us had seen anything like this in the past. Even in the worst of times in Kashmir, we were able to file our stories,” said Muzaffar Raina as he waits to access his email at a Media Facilitation Centre in the main city of Srinagar.

Since the night of August 4, the region’s seven million residents have been placed under a curfew and denied telephone and internet access. Raina says the situation is “unprecedented”.

The restrictions were imposed to prevent backlash over India‘s Hindu nationalist government’s decision to strip the country’s only Muslim-majority state of its limited autonomy, triggering the worst political crisis in the region in more than 70 years.

As the communications blackout made headlines globally, the administration set up a media centre at a private hotel in Srinagar to allow the journalists to work.

The centre has five computers with an internet connection and just one landline phone for hundreds of journalists based in Kashmir as well as the ones who came from outside the region to report.

Even in the worst of times in Kashmir, we were able to file our stories.

‘Preventing truth from going out’

Raina said the curbs are in place “to prevent the truth from going out”.

“For the first few days, I was not able to send anything,” he said, adding that a friend working for a television channel then offered to help.

“I would make a video of the text. My friend would use his OB [outdoor broadcasting] van to send the video to his office, where someone would send it to my office in [New] Delhi, where they would type the story,” he said.

Peerzada Ashiq, who reports for The Hindu newspaper, also said he could not send his report or contact his office for the first few days, until he mailed his story in a flash drive to New Delhi.

Like Raina, Ashiq also sought a friend’s help to send the story through the OB van.

“It was a tedious process, which in itself was news. More time was consumed in sending out the story than in writing it,” he said.

I was made to delete my footage at least three times.

Many journalists complained of being harassed by the security forces patrolling the streets.

S Ahmad, who works as a videographer for an international TV channel, told Al Jazeera that he was forced to delete footage from his camera by the security officers after he recorded a protest in Srinagar.

“I was made to delete my footage at least three times. You give them a proof of the organisation you work for, but the forces don’t listen,” he said. 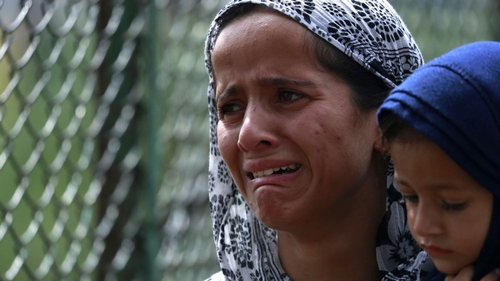 Ahmad said a paramilitary trooper told him to film “the normalcy” and not the protests. “They are dictating how we should work.

“We risk everything to tell a story. People trust us with their stories and it is heartbreaking to let them down in such a state.”

Ashiq said reporters are being stopped despite having a “movement pass” issued by the authorities.

“They [paramilitary soldiers] told me they have been ordered not to allow anyone. Even with a pass, you are not sure if the next security picket would let you through,” he said.

A journalist from south Kashmir’s Pulwama district, the hub of Kashmir’s rebellion, said he has not filed any story since August 4, the day the latest clampdown started.

“The forces do not allow us to work. People are reluctant to talk because they blame us for not showing the true story,” he said on condition of anonymity.

“So I preferred to be locked in my home. Taking out a camera was tough in this situation.”

Journalists … supported by the Indian government are able to move freely.

A major problem currently facing Kashmiri journalists is access to information. They are not able to interview government officials via telephone or meet them in their offices.

In such a situation, the reporters said they are forced to rely on the daily press briefings, where officials mostly read from a script and don’t take their questions.

Journalist Naseer Ganai said pressure from the local authorities has forced the local newspapers to not even publish editorials.

“You don’t see any column about the current situation,” he told Al Jazeera.

“When two former chief ministers and a number of legislators are under arrest, do you think we will not be afraid?” asked the editor of a local newspaper, who refused to be identified over safety concerns.

“It is a storm. The wise thing is to save the skin.” 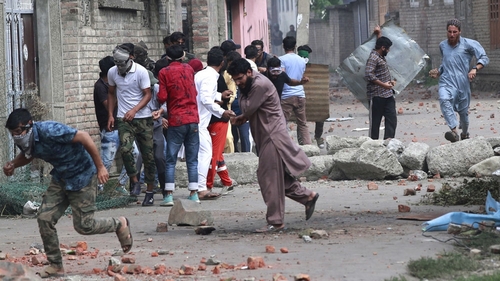 “Snapping all means of communications, for people as well as journalists, are recipe for humanitarian disasters, and are not resorted to, even in times of wars on the scale it has been done in Kashmir,” the statement read, calling the situation “utterly disabling and perilous”.

The statement said there is “harassment and pressure from government agencies” and the local media have been rendered “defunct”.

“The local media is avoiding reports about the human rights violations, even skipping reports about local protests, clashes, large-scale arrests and detentions, not daring to question the official propaganda, and sticking to government handouts, even if they fail to make sense on the ground,” it said.

“Many national journalists, some of whom are supported by the Indian government, are able to move freely and meet officials and go anywhere,” said a KWJA member on condition of anonymity.

“But curbs are only on us. They are here to alter the narrative and being facilitated to do that.”