Over 50,000 of the Hmong tribe became part of the United States’s secret army, disrupting Communist supply lines along the Ho Chi Minh trail. 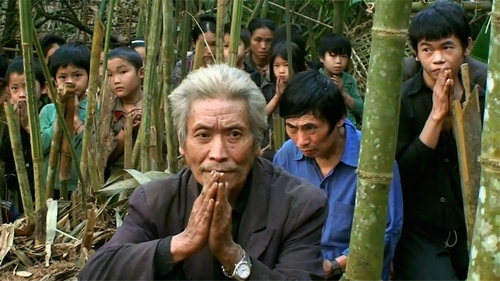 Half a century ago, as war raged in Vietnam, an isolated community in the jungles of northern Laos was recruited by the CIA to help fight the Viet Cong.

Thousands of Hmong died in the war. But their problems did not end when the Americans withdrew.

Fearing a crackdown by Laos communist forces, many fled the country. But some several thousand stayed behind and continued to fight what they called “Red Laos” from deep within the jungle, where they lived in hiding.

In 2008, Al Jazeera’s Tony Birtley trekked uphill for more than two days through dense forests in search of the Hmong who were left behind. He found a settlement of fewer than 200 people, most born after the war but still living as their ancestors had.

He was the first outsider they had seen in 32 years.

More than 10 years later, Rewind spoke to Birtley about how he came to cover the story and what has happened to the Hmong since.

“[I had] a great desire to cover that because it’s one of those very important stories, but one that is overlooked because it’s so difficult to do,” Birtley says, recalling embarking on a “monumental hike for nearly three days over really, really large hills in darkness sometimes”.

At first, the Hmong welcomed Birtley as someone who they thought could save them. But soon after, they decided to hold him hostage as a bargaining chip to help get them international attention and assistance.

“The chief of these people was quite convinced that by holding me he could get the United Nations to come and save them, despite what I was telling him,” Birtley says. “They really believed that I wielded some kind of power and I tried to explain to them through a translator with bad English that this was not the case, and that really the United Nations was not about to come in and save them; that, really, they were still and would be on their own.”

“It was never a case of my life being in danger,” he adds. “I didn’t fear these people. I understood their desperation and they were using whatever bargaining tool they could.”

After his return, Birtley approached the UN and raised the issue of the plight of the Hmong with them.

“I went to New York, I went to the United Nations, I wrote to the secretary-general. I told everything I saw, I gave a link to the documentary I did. Absolutely nothing happened. When I raised it in a press briefing to the UN press people, they looked at me like ‘yeah, and what?’ It didn’t register on the social consciousness of the United Nations or, in fact, the world.”

“In many of the places I go to when you see the suffering, there is usually an outcome, there’s an end to that suffering sometimes,” Birtley says.

“But I got the sense – and since then I realised – that there’s no end to their suffering because no one has come to help them… If you put bloodshed on the TV screens, there’s going to be a reaction. But of course, nobody can see what’s happening to the Hmong; it’s happening out of sight.”