Violent protests gripped the city over the weekend as demonstrators destroyed barricades across the city and police fired tear gas into crowded underground train stations – the first occurance of this nature. 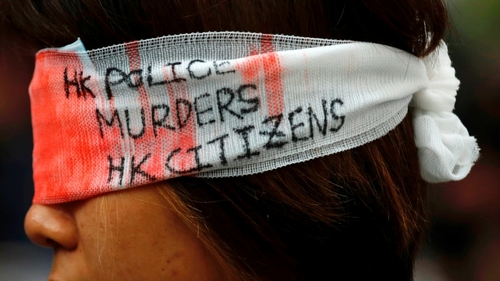 All flights in and out of Hong Kong were cancelled on Monday after thousands of pro-democracy protesters flooded the city’s airport to denounce police violence.

Scores of protesters were arrested on Sunday, with many taken away, beaten with batons and bloodied. Tear gas was fired at crowds in the districts of Hong Kong, Kowloon and the New Territories.

Authorities called the demonstrations illegal and dangerous, claiming that protests have hurt the already-faltering economy and residents’ daily lives.

The abrupt shutdown of one of the world’s busiest airports came as the Chinese government signalled its rising anger at the protesters, describing some of the violent demonstrations as “terrorism”.

The developments marked yet another dramatic escalation in a 10-week crisis that had already become the biggest challenge to the Chinese rule of Hong Kong since the 1997 British handover.

The protests began in opposition to a bill which would have allowed the extradition of Hong Kong residents to the mainland to stand trial. But soon the aim of the protests widened to highlight other grievances, drawing broader support.

Police have arrested more than 600 people since the unrest began more than two months ago.