Monsoon rains have inundated much of Pakistan, leaving large parts of the southern city of Karachi under water and causing at least 17 deaths, officials said. 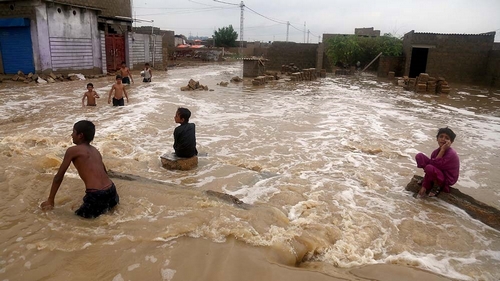 The death toll was expected to rise as roads and streets were still flooded in some parts of the city, making it impossible for rescuers to reach the victims, Kazmi added.

The downpour and flooding began overnight, with authorities reporting more than 180mm of rain in the port city.

The military was assisting the civil administration in pumping the water out of the inundated streets, an army spokesperson said.

According to the Met Office, Karachi is expected to receive intermittent rain during the next 24 hours.

Pakistan often struggles to cope with the annual monsoon, which runs from July to September and causes flooding across South Asia.