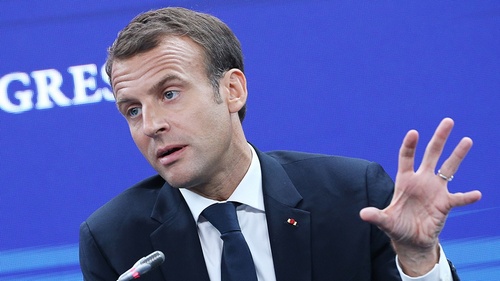 France has decided to shut its Business France trade agency in Russia after what it said on Monday was a long period of negotiations with local authorities following Moscow’s expulsion of its director.

Moscow’s ties with European Union countries are strained after Russia’s annexation of Crimea in 2014, its involvement in Syria and eastern Ukraine and the poisoning of a former Russian double agent in Britain in March.

The Real Risks for Foreign Companies in Russia (Op-ed)

“Business France’s working conditions have deteriorated considerably in the last few months,” the French embassy said in a statement, adding that the agency had been hit by “illegal seizures on its bank accounts, despite being protected by the Vienna convention (on diplomatic relations).”

The West imposed economic and financial sanctions against Moscow for its annexation of Crimea and its role in the Ukrainian conflict.

Interfax news agency cited the Russian foreign ministry as saying it was surprised by Paris’ decision and claim that Business France’s diplomatic status had been removed.

“This is the wish on the French side. We are for the development of trade ties,” Interfax cited the ministry as saying.

Russia expelled several European diplomats, including four from France, in March as retaliation against the West, which had earlier expelled Russian diplomats in protest at the poisoning of a former Russian spy and his daughter in Britain.

Western states accused Russia of being behind the attack, something Moscow has repeatedly denied.

Russia said in June it might strip the France 24 TV channel of its Russian operating licenses.

The US has not yet published the planned sanctions against Russia