In recent years, technology and production fell dozens of times, including at the expense of entering the China market. In this regard, the construction of solar panels, for example, available to any medium-sized company in the energy sector. Mechanisms of support and stimulation of investments the government further contributed to the construction of new capacities of renewable energy sources.

However, there are limitations to the development of such facilities in our country. For solar plants need a large number of light days in a year, and it’s mostly the South of Russia.

For wind farms need a mountainous area or plain, is of such territories in Russia, much more really should be positioned adjacent to the settlement, to supply this energy. Now there are only about 10 wind power plants with a total capacity of approximately 1,700 MW.

However, every year the number of generating units will increase. Until 2024, their growth will be stimulated by the state programme for the support of renewable energy in the so-called contract of supply of power (PDM RES).

If the project proves successful, the mechanism could be extended or the project will reach self-sufficiency, and investors without subsidies it will be clear that it is beneficial. 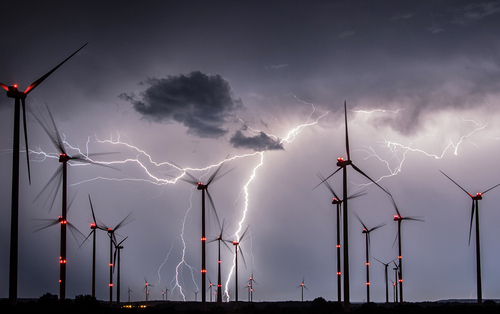 The cost of wind power plants is about 2-3 billion solar — 1,5-2 billion roubles. The cost of the larger facilities — wind farms — can be of the order of 6 billion roubles. From the point of view of investment and payback period, investors ‘ risks are sufficiently low compared with the construction, for example, nuclear power plants and hydroelectric power plants. Supporting multi-year programme of subsidies, the government provides an additional guarantee for investors.

Additional risks and costs arise in the process of ensuring the smooth operation of the equipment.

Some of the risk is of a technical nature can be submitted to insurance. It’s basically the classic risks of breakdowns and fires, wiring errors that lead to equipment failure. In practice, one unit of 100 for 5 years to fade completely leaving the building that brings a loss of about $5 million given the fact that the average wind farm consists of 20-40 objects, the loss of even one turbine means lower profits on 5%, without considering the cost to restore it.

Given this nature of risk insurance is inexpensive — about 0.1% of the cost of a wind farm, and will cover damage to the recovery of the turbine, interruption in production, loss of annual profits.

There are risks involved in delivery of the equipment and operation. Typically, the installation of plants occurs quickly — within 8-10 months, for a maximum of 1.5 years. This means that all systems must be simultaneously adjusted and ready for Assembly.

With the development of technology is changing and equipment. For example, the length of the blades of a modern windmill can reach 100 meters or more. Therefore, transportation and installation of such equipment in hard to reach places in the fields and the mountains on unprepared sites expand the list of risks that need to be considered.

Not protected by investor and from the risk of bad weather. As a rule, when the development of the territory takes into account the statistical data, for example, wind forecast, the number of Sunny days, but in fact the force of the wind may vary outside climate forecasts. In this regard, there is a new natural risks and the corresponding insurance product against loss of profits when lack of sun or wind.

Insurance payment occurs when the deviation is greater than 10% from the average indicators. The key figures are shown based on data from the weather service, NASA satellites and even data of the operator of the plant, for example, if a facility operates for more than a year and has accumulated information from the weather sensors. By the way, the availability of statistics generally positive effect on the rate and conditions of insurance.

To insure against the risk of bad weather in areas with changeable climate is beneficial. For example, compensation for a small solar power plant with a capacity of 5 MW with an annual income of up to 300 million rubles in a “bad year” (when the deviation from the mean normal values of solar insolation reaches the average level 20%), in the presence of a deductible of 10% up to 30 million rubles.

I must say that insurers are no longer considered the risks of such kind of unusual. For example, recently there was a case of insurance of large ice-cream manufacturer in China against the risk of declining sales in the rainy summer. In China in General is fairly common insurance practice to reduce the business impact of seasonal factors.

By the way, banal theft of solar panels is the most serious risk all over the world. For example, in the UK there is even a black market for such equipment. Losses from such thefts reach €4 million per year — with the trend rising on average by 15% per year. In November 2011 in the UK from the site of the solar power plant in North Yorkshire for one night it was stolen 304 panels cost about €120 000.

The risk of theft is appropriate for our country taking into account the extent and distance of stations from towns and cities.

For this reason the stations are very often exposed to risks of forest fires. Insurance payments for damage from forest fires worldwide in 2017 were the highest in history and reached $14 billion Most of the mass cases occurred in California. Forest fires that are now raging in Greece in the area of Athens, has called the strongest in a decade.

There is no doubt that the world’s energy system is at the stage of deep transformation. New energy efficiency standards are technologically achievable and in Russia. Whether these changes are part of a portfolio of economic development of the country largely depends on the willingness of investors to pay for development of technology and control of emerging industry risks.

Meantime, for them and for insurance companies the risks associated with this new industry, are also atypical, in contrast to Western countries where green energy is already replacing the traditional.

When will revive Russian stock market