We are in the 25% countries with the highest percentage of loans. The cost of money borrowed at 8-9% per annum and above — not the best way to stabilize the national currency. It is laid in the rising prices and attracts to the Russian “hot money” around the world.

High inflation and exorbitant interest created a giant (one of the largest in the world) the gap between the nominal and real effective exchange rates of the ruble.

The real exchange rate — this is the level at which it needs to be adjusted for inflation. The ruble years is overrated and too heavy. 65-66 rubles per dollar — this is the course which was in line with expectations, when the ruble was removed to a level 56-57 rubles per dollar. Then it was clear that there is a new sudden movement of the ruble down. And at the first possible occasion.

And so it happened. Since the end of January, the ruble fell by about 20%.

But at the level of 72-74 rubles per dollar, the ruble will begin to stimulate economic growth. Will help exports, to stand by the barrier to import before export of capital, promote transfer of production to Russia and to ease sanctions. And maybe then Russia, China and the European Union, are accused of manipulating its currency. The vast majority of cases ultra-fast growth in Asia and post-war Europe occurred in the understated exchange rate of national currencies.

What else determines the rate of the ruble in addition to the price of oil? Dynamics of currency pair Euro-dollar. If the dollar grows, the ruble is falling. And Vice versa. Dollar since the end of January the Euro has increased by 9-10%. And the ruble then fell from “lever”. 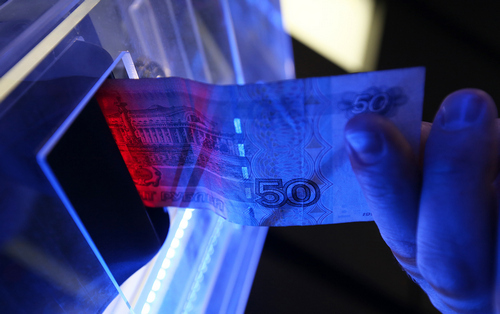 Maybe something in global Finance has a direct impact on the exchange rate? Yes, of course. Russia more or less free capital account. We are an open economy and one of the “pieces” in a portfolio of global assets. The money of foreigners come and go freely.

Only traditionally, this “hot money”, speculative. The money invested in the strategy of carry trade in expectation of a high percentage of high-income in foreign currency. Up to 50% of share trading on the Moscow stock exchange non — residents. By April 2018, more than 34% OFZ were foreigners. Foreign players very much on the foreign exchange market in derivatives.

Carry trade, large speculative players — this is the umbilical cord linking the ruble with the world. If you receive a lot of hot money from abroad, the ruble is growing — its “include” from the norm.

But something happened. The cry rang out: “Go!” The flight of capital. Begins the fall of the ruble.

What happened in April-August 2018? Broke out a new round of U.S. sanctions. And in August there was a threat even stronger restrictive measures. What was the response of “hot money”? “Oh, the risks in Russia are higher! Let’s go!” — decided the owners of capital.

What else happened? Followed financial the infection from Turkey. Russia, Turkey, Brazil, and Argentina for global investors in developing markets. And everybody knows that if dives Brazil, you will fall and Russia. That is why investors in the correction of indices in one of the countries decide to withdraw from emerging markets.

Investors from small to large do. The Turkish Lira since the end of January 2018 depreciated against the dollar by about 60%. The Brazilian real by 24%. The Argentine peso dropped by 50%, Kazakh tenge — by 10-12%.

What’s ahead? The ruble — the notoriously volatile currency, and it is fully in the arms of oil, the dollar carry-trade and financial shocks. The internal economy of Russia is the ruble helps a little. On the contrary, prepares him for future devaluations.

So while we can expect the repetition: rate of the ruble will change irregular. The main trend of a weakening currency, sometimes there may be some variance — stabilization and even strengthening, which can be misleading. And then down again. Life downhill.