The main competitor of Mnangagwa Nelson Chamisa, the candidate of the “Movement for democratic change” even before the election, claimed in an interview with local newspaper The Herald that the Russian experts contributed to the falsification of ballots in favor of Mnangagwa and his party Zanu-PF. Not he refused his words, and after the defeat in the elections. Accusations of fraud were made to the electoral Commission of Zimbabwe. 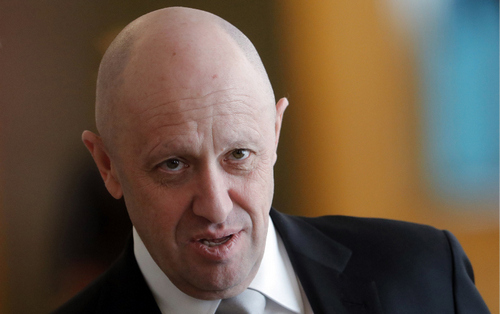 The presidential election in Zimbabwe took place on 30 July 2018. Typing 50.8 percent of votes, won the first Vice Prime Minister Mnangagwa — he succeeded as Robert Mugabe, whose rule lasted 40 years. In early November, 2017 Mugabe sent Mnangagwa to resign, but after the coup in the country on 14 November, Mnangagwa was back in power.

According to sources Bloomberg, Prigozhin plans to expand its influence in Democratic Republic of the Congo — largest after Algeria African country, where in December will be the election of the President, supporting in the upcoming elections protege of the current President Joseph Kabila.

According to an unnamed Western official, Kabila recently appointed a trusted retired General in the Russian Ambassador, instructing him to negotiate the supply of arms and military assistance. Through the DRC Embassy in Moscow he said that Russia supplied weapons. He also denied reports by local media that the Russians allegedly actively preparing for the upcoming elections.

According to security analyst Congolese Jean-Jacques Wondo living in Brussels, if you win protégé Kabila, military-political cooperation of the DRC with Russia will increase, which in turn will lead to new opportunities for the Russian companies pushing China, which has invested heavily in the DRC.

Earlier, Libya posted a video of the talks the head of the defense Ministry of Russia Sergey Shoigu and the commander of the Libyan national army, Khalifa the Haftarot. The media noticedthat this meeting was attended by Yevgeny Prigozhin.

In the interests of Prigogine and Madagascar — the island is rich in Nickel, cobalt and uranium. Russian spin doctors related to Prigogine, are in a country where there is a tough electoral race for the presidency between the two former leaders, which will be completed next month, said one of the sources.

According to Jean-Claude de L’estrac, the former foreign Minister of Mauritius and expert on the territories of the Indian ocean, Russia supports several candidates. The Ministry of foreign Affairs of Madagascar, declined to comment.

According to Bloomberg, the structures of Prigogine are going to strengthen relations with Guinea, which is one of the main suppliers of bauxite for Russian companies — producers of aluminium.

In March 2018 the United States expanded sanctions against Russia on charges of Moscow’s intervention in the American elections. Washington first put into practice by the law “On combating the enemies of America through sanctions”, which entered into force on 29 January 2018. In the list on charges of meddling in American elections was included in the particular St. Petersburg businessman Evgeny Prigozhin (known as “the chef of the Kremlin”) and a number of his companies, including Concord Catering (food plant “Concord”) and Concord Management and Consulting.

According to media reports, Prigogine is also associated with “PMC Wagner.” The businessman denied any connection with Blackwater.

In July in the Central African Republic killed the Russian crew. Journalists have been murdered Kirill Radchenko, Alexander Rastorguev and Orkhan Jemal, they came to the African country to shoot a documentary about the activities of “PMC Wagner.”

The most highly paid tennis players of the 2018