Users less radical views are outraged by the attack, call feminists stupid and comment in the spirit that “would look like Spring, Mizulin and company in usual life, without a mandate. Their reaction is more upsetting than the reason for it. Today you apologize for the post with the dogs, tomorrow will apologize for is not big enough the size of the bed, which had not got “bodyposition” shopper”. 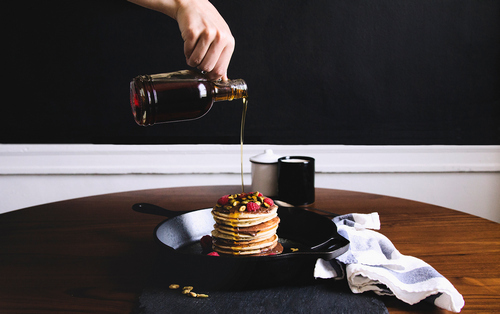 Apologies made, but in General, the company does not consider it necessary to sackcloth and ashes and repent.

IKEA itself responded neutrally and carefully. A spokesman for the Russian IKEA Constantine tyutrin in an interview with radio station “Moscow speaking”, said: “In this post in any case, we did not put a negative meaning. However, we are aware that this publication can be perceived ambiguously. We sincerely apologize to the people offended by the post.” The company tried to get out of the situation with minimum losses and not get any sides. Apologies brought, but only to those who felt offended, in General, the company does not consider it necessary to sackcloth and ashes and repent. “Are you offended? Well, I’m sorry. But actually, we do not mean that you are there yourself”.

The business becomes dependent on public sentiment, no less than politicians. Paradigmatic in this sense, become a failure of Apple in 2016 after the nomination of a presidential candidate Donald trump to Finance the pre-election Congress of the Republican party or prohibitions on the profession of the stars of show business after only one verbal accusations of “inappropriate conduct” of twenty or thirty years ago. Excessive simplification would be to say that business is going on about public sentiment. Businessmen are not politicians and not activists, they are characterized above all rational thinking, and they act based on how their actions affect sales. After the dismissal of Kevin spacey’s role in the film “All the money in the world” by Ridley Scott confessed in an interview that although the actor “played fantastic” and was “an asset”, should not be allowed to “his habits ruined the great work of many people who worked on the film”. From a business point of view, the Director acted rationally: Studio Vertical Entertainment, who filmed at the same time action-Packed drama “the millionaires Club”, refused to clean spacey from the cast — then the movie just refused to cinemas, and he failed.

Maybe the IKEA scandal will subside, maybe not. But I would like, without getting up anyone’s side (it’s uncomfortable), to talk about how companies sell products a large consumer audience, behave in a world where one of the main factors of consumer behavior is not the price and the quality of the product, and the ideology and morality, and ideology and morality are separate but very active groups. In this world the fact that yesterday was a joke, today is perceived as an insult, and any advertising creative may result in aggressive “Your joke is inappropriate! It offends the feelings of (group substitute yourself)”.

Of the three behaviors — traditionalism, neutral and imbued with enthusiasm for the following new trends — the first option you can dismiss immediately. A business can’t afford the position, “We deny progress,” even if the progress is not like his leaders. The position of neutrality (took it to IKEA in the history of post about the Terrier and insulted women) seem safe, but still carries risks in the long term.

The dynamics of public sentiment leaves less room for irony, jokes, carelessness in any communication.

The fact is that now ideas about what is good and what is bad, are changing faster than ever before in history. Hetman Bohdan Khmelnytsky marked by massacres and brutal massacre of the Jewish population of Ukraine and Poland, but the Hetman is revered as a hero in the Ukraine and in Russia: it has been almost 400 years, and our contemporaries are not all that took place 400 years ago, ready to measure today’s standards. The American tobacco company in the first half of the twentieth century touting cigarettes including cough medicine, and no one now remembers them: while changing the attitude to Smoking has changed two or three generations. The situation is different now, when it’s socially acceptable ideas about good and bad change over a person’s life — and sometimes more than once. What we say, write, do and consider normal now may be “absolutely unacceptable” and “offensive” in 10-15 years.

Quote to illustrate a newspaper article with the headline “Gay is not a profession”: “Hiring effeminate men employers believe gays have a more tidy appearance than the macho men, their professionalism worthy of VIP-class, they are often more educated and sincere… a few years ago, “bluish”, the employee could compromise the employer, now his presence could be useful. merchants who have a different sexual orientation more considerately serve customers… the Girls are lesbians, by contrast, tend to museotopia and serve more than rough.”

If the hair stood on end, believe me, when I read this passage, too. This line from the black hundred publications? The text under the ban of the website religious extremists? No. This, as seen in 2018, obviously homophobic, discriminatory and almost fascist article was published in a responsible, liberal, and keep very high professional standards of the newspaper “Vedomosti” in 2003 for the band “the Consumer market”. I feel I have a moral right to quote it here because it was published then I, as the editor of the same strip.

Am I a homophobe? No, it was not in 2003. Whether homophobic journalist who wrote it? Believe me, there is, as the chief editor of “Vedomosti” of the period. Now this will sound surprising, but 15 years ago this text is not just did not violate the then public consensus on the admissibility of certain statements, but was an advanced and progressive: newspaper boldly raised the issue of minorities in the labour market. Today, the emergence of such articles impossible to imagine even in the most conservative publication.

The dynamics of public sentiment leaves less room for irony, jokes, carelessness in any communication — not only in newspaper but also in advertising. People involved in humor professionally, I’ll tell you: the joke only works when it has the object of attack. To laugh at something not funny, really people always laugh over the “something.” So, may be the one or ones that the joke hurt. Sad may be the effects of every joke without exception. And it’s not really important whether it was the result of the threat of a consumer boycott, as in the case of IKEA, or prosecution under article 262 of the criminal code on “Actions aimed at inciting hatred or enmity, and also on humiliation of dignity of a person or group of persons on grounds of sex, race, nationality, language, origin, attitude to religion, and likewise affiliation to any social group.” Even if you laugh at yourself — that you may offend some group to which you belong yourself, and the consequences will still come.

Before the business opens a lot of opportunities to use change of public sentiment to their advantage, “riding” and leading them.

I’m not ashamed of that article in “Vedomosti”: it is foolish to judge the past by current standards. But the business it is useful to think: how will be perceived by its current actions through the same 10-15 years? How to change over this period, the public mood? Now is Burger King, built on the slogan “don amastris”, “What he eat, what will you order?”, “The hour a joy, coffee sweetness”, it seems funny to many, though not all. But will it cause consumer boycott of broken Windows and demonstrations of activists for Russian society as sharply and massively change the attitude to the “toilet” jokes and the camp culture, as it changes before our eyes the any humor in relation to women?

But there is business and another way — to accept as a philosophy the development of a healthy opportunism. There’s a lot of opportunities to use change of public sentiment to their advantage, “riding” and leading them.

In 2015, Procter & Gamble held a very successful advertising campaign of Ariel washing powder on one of the key consumer markets in the world — India. The campaign was built on important for Indians to change the public mood — change of the attitude to the role of women in the family.

Procter & Gamble needed a breakthrough: Ariel was losing market share in a country with a population of 1.3 billion, falling from second to fourth place in sales among washing powders. Ordered the study showed that right now Indian society begins to wonder, is it fair that a woman working in the office and on the production along with the man who performs the lion’s share of housework? Statistics showed that the average Indian woman spends on household work 140 hours per month, while male — only 14.

To follow the progress and use of public sentiment is favorable.

The promotional video that launched the campaign #ShareTheLoad showed an active and educated young woman in the depths of home Affairs: at the same time she answers the phone and checks the messages on the laptop, while cleaning, preparing a meal, loading the washing machine while her husband sits quietly watching TV. And her father was composing at this time letter to his daughter in which he asks forgiveness for not helping her mother in housework and did not her daughter the right example of the distribution of family Affairs.

The clip advertised a washing powder, but has launched a huge public campaign. More than half a million men signed a promise to divide with their wives homework. The problem of the distribution of household duties has become a topic of talk shows on national TV channels. News anchors began at the end of the releases instead of “goodbye” to saying “Share the housework”, and Dating sites in the questionnaires there was a question a potential partner “are you Ready to share responsibilities in the home?”. Operating officer of Facebook and an activist for equal rights Sheryl Sandberg said about the campaign: “This is a real victory. They break stereotypes and show that a world where more equality is getting better for each of us.”

Caught whether Procter & Gamble current public mood? Yes. Whether she had made the world a better place? No doubt. Can I say about this campaign something important? Sales of Ariel washing machine jumped up in the Indian market by 76%.

To follow the progress and use of public sentiment is favorable. It is a pity that great advertising IKEA in the spirit of “Every 10th European is made on our bed” every year we’ll see less and less.