Autumn auction Sotheby’s on November 9 in the active period of the presence of leading collectors from around the world in Paris during the Paris Photo fair brought a total amount of €870 875. The auction house had sold 49 lots from 75 stated that, of course, low score. 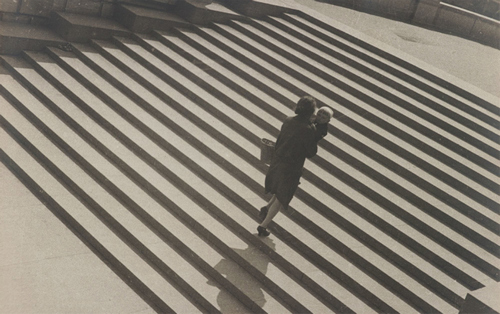 Everyone’s attention was riveted to one of the most famous works of Richard Avedon’s Dovima with elephants, 1955. Estimated cost of work €600 000-900 000. The estimate is well founded. The work was printed in 1962 from the original negative Avedon before retouching. It produced one of the first retrospective exhibitions of Avedon’s in the Smithsonian Museum of American Art.

The second fingerprint is the same today in Sollection of the Smithsonian. Not only big names of the author, and Museum collections have added interest to this unique lot, but also the history of the work, the names of great participants — Yves Saint Laurent (a young 19-year-old assistant Christian Dior), wonderful Dovima (Dorothy Virginia Margaret Juba), which was invited for the filming of such masters of photography like Irving Penn, Horst P. Horst and Erwin Blumenfeld.

In April 2018 in new York late author’s print of the same size went for $375 000, so in November the market was waiting for a level exceeding €1 million, despite the fairly serious damage to the print. But at the last moment the auction was removed, the lot from sale. Deal of the year did not take place. The result is the most expensive lot of these trades turned out to be a vintage print of Constantin Brancusi from a private French collection, spent over €250 106.

In America, photographic art always feels more confident lovers to invest in it many times more. The October Sotheby’s auction in new York raised $2 764 875 and warms the soul of fans of the avant-garde Soviet photography in General.

Vintage thumbprint given by Alexander Rodchenko’s “Girl with a watering can” sufficiently large format for its era, 30×40 cm, signed by the author’s daughter, was sold for $519 000.

Major auction houses now hold their auction during fair week Photo London in may. Sothebys, putting the 72 lots, collected £1 307 250. A top score of £237 000 received portfolio by Richard Avedon of the 11 photographs, printed by the author in 1978. Beautiful and clear provenance of the Fund Avedon helped this deal. On the same day Christie’s on king street received £1 578 875. At the auction was sold to one of the world’s two largest platinum-palladium prints of Robert Mappelthorpe “Ken Moody and Robert Sherman”, 1984, 50×50 cm for £118 750. Another similar print is in the collection of the Guggenheim Museum in new York.

Auctions always are for us the litmus test of the state of the market, but not all of the author’s prints get on them with enviable regularity. Creating collections, we analyze the market and find them unique prints, working with dealers and galleries. And at the main fairs, we can meet the best of the best among them?

Major photographic fair of 2018 already posted their reports on these short abstracts about their work, you can choose the ones that make sense to visit in 2019. Perhaps they will help to understand the complex world and vocabulary of the photographic art market, which still raises questions in Russia.

22nd fair of Paris Photo hits record number of visitors — almost 69,000 in 2018, with 40 percent of them international collectors. Participants from 30 countries. The main European photographic event of the year boasts of transactions of the classics of photographic art: portrait of John Tarkovskogo Richard Avedon, was sold for €75 000, six works by Robert Frank sold at a price of €60 000 to 180 000, photogram by Laszlo Mohoy-Nadia — for €220 000. Vintage silver print Edward Weston “Pyramid of Sun, San Juan Teotihuacan” (1923) bought by an American Museum for €185 000.

Younger, but with enviable persistence making London a center of attraction for collectors photos, the fourth Photo London gathered 108 galleries from 18 countries. In London high results have shown dealers of historical photographs.

Vintage dealer Roland Belgrave commented: “This segment of the business is what makes the fair successful. Buyers high class and people who are not regular customers of the old photos – a very small part of it.”

Peter Fetterman from Santa Monica: “Photo London was very productive. Within 5 minutes after opening we have sold vintage pictures of David Montgomery with the image of the Queen and portraits of Jean-Michel Basquiat by Richard Corman. The organizers did a great job of organizing this special event for photography lovers”

Sophie Wright, Director of cultural Affairs, Magnum Photos: “the Fair offers us the opportunity to refresh people’s perception of photos Magnum Photos, and we are glad that the visitors Photo London this year and collaborated with classical names and photographers of the new generation Magnum, and bought them.”

PHOTOFAIRS fair was held in Shanghai in 2018 for the fifth time. It was attended by 55 dealers from 15 countries, more than 20 galleries from China, in my opinion, a major breakthrough for the Asian market photo. China has long captured the American and European markets in a modern architectural photography, but at home is the most bright and attractive fair understanding of what to buy and sell in China. Learning from older brothers in new York and Paris art business, Photo Shanghai skillfully invites numerous professionals in the field of photography, including Martin Barnes of the London’s Victoria and albert Museum, H. C. Liu and Karen Smith from the Shanghai center of photography, Mark Lubel of new York’s international center of photography, not to mention curators such as Christopher Phillips, and collectors such as Jenny Wang from the Fund of Fosun.

Vintage photograph is almost completely absent from Chinese buyers are not yet ready to spend a lot of money on what for them is still a new field for collecting.

38 at the AIPAD show how the industry fairs pictures showed unchanged and stable result with attendance of 15,000 people, the highest figure in the entire history of AIPAD. Was presented 96 the world’s leading galleries, lively book section of books with 36 publishers and booksellers, 15 reports AIPAD, three special exhibitions.

Steven Kasher gallery has sold more than 50 prints. It is important that the buyers were Museum curators and serious collectors.

Robert Klein Gallery of Boston has sold more than 15 photographs both old and new collectors, including portraits by Yousuf Karsha for $12 500 and work of Iranian photographer Gohar Dashti for $4500.

Gallery Utópica from Sao Paulo, Brazil, reported “very good sales and sold 20 prints to institutional and private collectors at prices ranging from $4000 to $20 000.

The American investment Bank was encouraged to lend to Russia