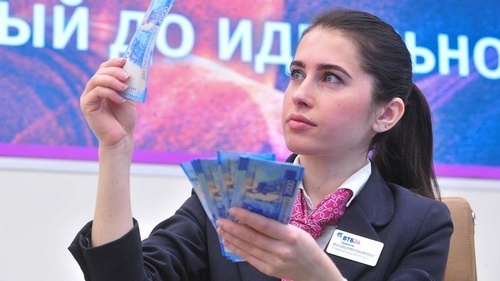 In an attempt to raise pressure on Russia, particularly in response to Moscow’s alleged meddling in U.S. elections, the new bill called for “sanctions with respect to transactions relating to new sovereign debt of the Russian Federation.”

Mosow has repeatedly denied any wrongdoing or interfering in the U.S. elections.

The ruble fell to 63.55 versus the dollar shortly after the news of the proposed sanctions, its weakest since June 20, sliding from the levels of around 62.21 it hovered at before the new bill announcement.

Concerns about sanctions on Russian debt have been dominating markets for months but Washington has so far has fallen short of penalties against government debt.

Russian treasury bonds, known as OFZs, are popular among investors around the globe thanks to their lucrative yields. Foreigners now own around 30 percent of Russia’s government bonds.

The announcement of new possible sanctions sparked a sell-off in OFZs, sending their prices lower and lifting their yields. Yields in 10-year OFZ bonds jumped to 7.85 percent, their highest since June 20.

“This is a very harsh bill,” said Vladimir Miklashevsky, an economist at Danske Bank in Helsinki.

“The risk of sanctions on sovereign debt was the main reason why we were rather moderate when assessing the future of the Russian economy and its financial markets,” said Liza Ermolenko, an economist at Barclays in London.

If new U.S. sanctions target only new OFZ issues, their yields may rise by 2 percent and the ruble may weaken by 5 percent, Citi bank analysts said in a note.

The ruble was also under pressure from market expectations that the Finance Ministry would further increase state purchases of foreign currency for its reserves.

Russian stock indexes were down. The dollar-denominated RTS index was down 2.2 percent to 1,135 points, while the ruble-based MOEX Russian index shed 1.1 percent to 2,289 points.

How to do business in the province

Why citizenship by investment a thing of the past