“We are interested in your experience in the field of solid domestic waste management, which is relevant for St. Petersburg, since we refused to recycle waste at landfills and we need deep waste processing. Your luggage in this industry is of special interest to us… I would like to mention more one of the directions related to water treatment and sanitation.The delegation is the head of our water canal.Our water canal is considered one of the best in Russia, and on the basis of a water canal we have opened a higher educational institution – the water academy. PWM Japanese colleagues will be interesting to get acquainted with this experience, “- said Poltavchenko. 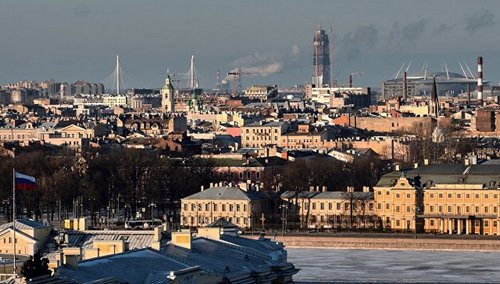 He also invited Japanese manufacturers of auto components to participate in the automotive cluster of St. Petersburg. According to him, cooperation in the field of education is important.

“Within the framework of our meeting, relevant documents have been signed, as well as the development of school exchange.In our city, two schools are engaged in in-depth study of the Japanese language, I think that school exchanges will make it possible to intensify relations between people.This kind of links contribute to the development of mutual trust between countries and specific regions, “Poltavchenko said.

The head of Hokkaido also suggested to the St. Petersburg delegation to get acquainted with the developments in the field of unmanned transport technologies, which are being developed by the University of Hokkaido. She also noted the importance of developing cooperation in the field of culture and tourism.

“Regarding the field of culture and tourism, I would like to express my gratitude to the fact that there will be a concert of Mikhailovsky Theater ballet dancers, I think this is an excellent opportunity for Hokkaido residents, in particular for those who have connections with Russia, as well as for children, I hope that the concert will help to activate relations between our regions and will allow us to bring closer the distances between Hokkaido and St. Petersburg, and this will become an impetus for the development of relations, “she said.

Is it possible to protect assets from waste by heirs