Note that in recent times the sale of life insurance policies, primarily investment (coli), has received a fair share of criticism. Partly it was just: the quality of sales in this market got a little out of control, note that when messaline — improper selling of financial services — we are not talking about the implementation of the defective product, and wrong information to the client regarding options, risks, opportunities of avoidance. 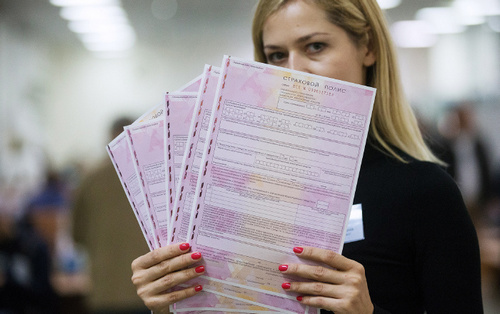 It is connected in most cases with incorrect coli sales through the banking channel, however, breeds mistrust and the product itself and insurers.

All-Russian Union of insurers and the Central Bank began to struggle for the quality of sales through the implementation of standards of work with clients and penalties for their violation, practice, post-roll calls, additional communication with customers coli. All this should reduce the level of misselling, but at the same time will slow the sales growth of coli. On the other hand, banks for the first time in a few years once again began “the race Deposit”: Deposit rates are rising, we see the emergence of a large number of special seasonal offers, which was not observed for a long time. In the context of increased interest to increase the Deposit base, cross-sales coli banks will decrease.

The dependence of insurance companies from the banking channel will still increase. For the first three quarters of 2018, the volume of premiums obtained by insurers through banks grew by 36%( compared to the same period in 2017) up to 371 billion rubles. Today, the share of banks account for almost 34% involved insurance companies through intermediaries premiums. If to speak only about the sale of “life”, here the share of banks exceeds 88%. In General, we can predict that by the end of 2019, the share of the banking channel will be 40% of the total intermediary sales.

Next year we are likely to see sales growth in the “General Windows” — the marketplace, including platform created under the auspices of the Central Bank. Due to the nature of such platforms, the sales growth will occur in segments of standardized products — the so-called “boxes”. There may be the problem of dumping, because the client, choosing among similar proposals, probably prefer cheaper option. At the same time, this is a good opportunity to increase client base.

There is good news. In recent years, insurance companies have learned how to better mitigate fraud, and more precisely to carry out selection of insurers in the segment of motor hull insurance. The loss ratio in this insurance was the lowest for the last 10 years. Premiums collected in automobile insurance increased by 2.9% to 121 billion roubles, and this happened on the background of the simultaneous reduction in price of policies.

The average premium for insurance of hull for 9 months of 2018 decreased by 16.8% and amounted to 35 431 rubles, and the insurers concluded from 23.5% more hull contracts than in the same period last year (3.4 million vs. 2.7 million). This growth has occurred also through greater product offerings with the franchise that also helped to reduce the cost of policies and enable orbit auto insurance for new clients. A number of insurance companies, the share of such products in the portfolio of hull now comes to 30% and even 50%.

Reform of the CTP

In 2018 has finally moved from a dead point the solution to the biggest problem — insurance. Not discover America if I say that the situation with the “motor” not satisfied with today anyone, neither consumers nor insurers nor the regulator. The insurance company called insurance a burden, but they were not ready to surrender the license.

For the Central Bank insurance — the source of headaches and a leader of citizens ‘ complaints. However, the “motor” is a socially significant topic that is not haunted by the authorities. It is therefore encouraging that the regulator is taking steps aimed at individualization of tariffs on OSAGO, it has ceased to be perceived as an additional tax on motorists, and has become a real working mechanism.

In the first three quarters of the year, the fees for insurance remained practically at the previous year level 165,0 billion. (a decline of 0.1%). While there was a significant (30.8%) reduced payments that is due to the expansion of the natural redress and better work on settlement of losses. In the end, the so-called sliding ratio was 79.2% against of 119.9% from a year earlier.

The market has passed the lowest point — until recently it seemed that the disastrous situation in the CTP market will grow and cover the entire industry. Now the insurers show rising optimism. Although, admittedly, not all: there is the problem of “tired of insurers” (by analogy with “tired bankers”). To sell the insurance company is difficult, as it may go out of business without a loss, to remain on the market— expensive.

Indeed, many of the usual niche for insurance companies closing, not everyone can see themselves further in this market. The rate of “loss” insurers are not much less than private players in the banking market: their licenses revoked, many companies pass them voluntarily. Costs of contents insurance business are rising, and profit becomes more difficult, even amid the market crisis.

Colossus with feet of clay. Gazprom is cheaper NOVATEK

IBM has suggested a new classification of digital banks