WASHINGTON, August 23 – RIA Novosti. The US on Wednesday did not publish the previously announced sanctions against Russia in the so-called case of the Violins.

A new package of sanctions prohibits the supply of dual-use goods to Russia. On these sanctions was announced on August 8. Representatives of the US administration said that sanctions would be published approximately on August 22, although they did not say the exact date.

As late as late Washington time, the site of the official newspaper of the US government Federal Register did not contain a description of the new sanctions that come into force from the time of publication. 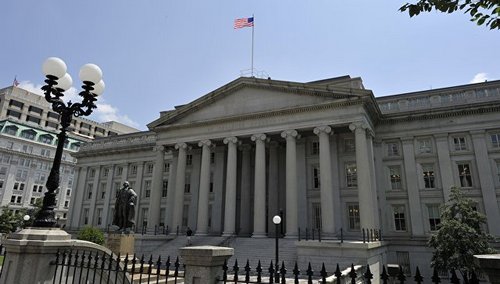 The State Department and the US Department of Treasury did not respond to RIA Novosti’s inquiries about when it is planned to publish sanctions.

The basis for the sanctions was accusations against Russia in the use of chemical weapons in the British Salisbury, where the former GRU officer Sergei Skripal and his daughter Yulia were poisoned. Russia denies these accusations and suggests a joint investigation into the incident, which London does not agree to.

The second, tougher package of these sanctions can be introduced in November: the ban in this case may affect lending to Russian legal entities, exports and imports of goods.

In the English city of Salisbury on March 4, according to allegations of the British authorities, former GRU officer Sergei Skripal and his daughter Yulia were poisoned, which provoked a major international scandal. London believes that the Russian state is involved in the poisoning of Fiddles with substance A234, Moscow categorically denies it. Russian Foreign Minister Sergei Lavrov said in May that the “business of the Violins” was crumbling in the face of the absence of any evidence of Russia’s guilt.

Maria Zakharova, the official representative of the Russian Foreign Ministry, said earlier that about 60 diplomatic notes were sent to the Foreign Office in the “Skrypals case”, demanding that Russia provide access to the investigation, injured citizens of the Russian Federation, as well as a request for legal assistance and proposals for cooperation in including a joint investigation, but the British authorities did not react to them.

The ex-head of the British Foreign Ministry, Boris Johnson, accused the Russian Federation of poisoning the Violins in March, arguing that the evidence of Moscow’s guilt was “staggering.” The charges turned out to be false. The head of the secret laboratory of the British Ministry of Defense later stated that the experts could not establish the source of the substance, which, according to the British side, had been poisoned by Skrypal and his daughter. The British Foreign Ministry on the same day admitted that the conclusion about the involvement of the Russian Federation in the poisoning of the Violins was made, in part, on the basis of its own estimates of information.