Take, for example, London, for a long time retaining its status as the most popular areas of investment are wealthy Russians. Decades of deficit financing on the housing market, a tightening of regulation (e.g. the introduction of a green belt around the city, which was to stop the expansion of construction) are largely responsible for the decline of the market. At the same time, although Russian ties with Britain weakened in recent years (the most vivid example is the relocation of Roman Abramovich in Israel), a large amount of Prime real estate in London and surrounding areas owned by the Russians and was purchased with funds created in the Russian economy. It is difficult to say to what extent Russian and other foreign buyers influenced the crisis of the housing market of the United Kingdom or other Western countries.

The idea is to squeeze the foreigners from the country’s real estate market until recently seemed to be sucked from the finger, alarmist and even xenophobic. However, recently New Zealand, fulfilling election promises of the labour majority in the government, passed a law significantly limiting the ability of buyers from abroad. It is that foreigners can buy residential property only after prove that this investment is profitable in New Zealand, and get approval from the management on foreign investment. Restrictions to any particular nation’s law assumes, but we can assume that he in some way is a response to the growing number of wealthy Chinese buyers on the NZ real estate market in recent years. 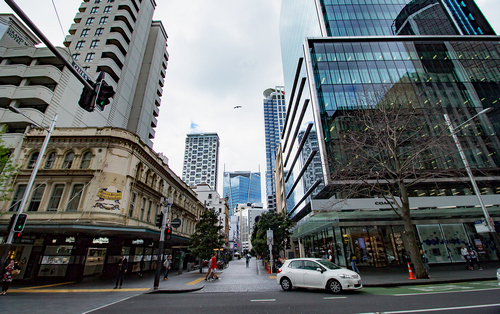 Over the past 10 years, housing prices in New Zealand increased by more than 60%. Given the fact that the number of homeowners in the country are lower than in others (only 25% of the adult population), the law may form a new trend. Closing doors to foreigners in one of the jurisdictions could put pressure on the other. Discontent against the foreigners, for example, may soon Express the local population of Australia.

Fortunately, the changes are not retrospective. In other words, they will not affect foreigners who purchase property before the law came into force. In addition, they do not apply to the purchase of housing in apartment buildings. Pleased with the fact that foreigners residing in the country, will not fall under the new law, as well as Australians and Singaporeans — New Zealand has with these countries signed a free trade agreement.

Weaknesses and ways to circumvent provisions of the law are not yet clear, but it is clear that they occur over time. A solution could be the creation of companies or trusts used for structuring the ownership of property. Maybe individuals will find loopholes that allow less strictly follow the letter of the law.

The settlement is one aspect that is considered unfair due to the appearance of another short — sighted solution that can be counterproductive. Houses and apartments acquired by foreigners, usually considered luxury real estate, making them available only to very rich people. Increased competition for the purchase of such objects, may only minimally affect the availability of housing for local people. Indeed, it is possible that foreign investors and buyers creating an incentive for new construction, model the housing market to meet the demand, in the long term, increase and improve the country’s housing stock. In addition, the boost of the foreigners to the lease of real property will support the rental market to increase rents and housing costs.

For wealthy Russians own property abroad can be both insurance and a pleasant refuge for leisure or place of residence of the spouse and children. While most in the list of foreign buyers in New Zealand tax resident of Hong Kong, the UK or the USA, but it is wrong to think that the country does not attract the Russians. Perhaps, the most expensive estate on the coast of New Zealand owns Alexander Abramov, Chairman of Evraz’s Board of Directors. But in General, the proportion of Russians is really small.

Probably other jurisdictions are closely monitoring the effects of the law of New Zealand, and its success or failure will be the inspiration, or, conversely, a warning to politicians in other countries to think about similar initiatives.

The Nobel in economics rewards a pioneer of “nudges”

St. Petersburg and Hokkaido are ready to cooperate in various fields