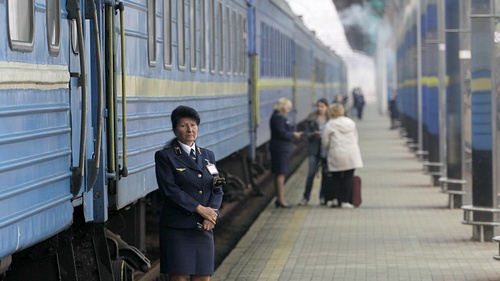 Ukraine lost the bulk of a legal dispute against Russia on Monday, when a World Trade Organization (WTO) dispute panel struck out many of its arguments about Russia refusing to import Ukrainian railway equipment, a major export earner for Kiev.

Ukraine complained to the WTO in 2015 after Russia suspended conformity assessment certificates for Ukrainian rolling stock, railroad switches and other railroad equipment, which Ukraine said amounted to an effective ban.

The ruling by the WTO panel of three adjudicators said Ukraine had failed to make the case that Russia was systematically blocking imports of its railway products.

Locomotives, rolling stock and other railway equipment had been Ukraine’s most valuable export to Russia in 2011, before the diplomatic estrangement of the two former allies, accounting for $3.2 billion out of a total of $19.8 billion of export sales to Russia in that year.

The value of the railway exports subsequently collapsed, and were worth less than $150 million annually in the past three years.

But the WTO ruled that the security situation was such that Russian inspectors sent to check that Ukraine’s exports complied with Russian standards would have been risking their lives, and Russia was therefore justified in not sending them to Ukraine.

“The panel fully agreed with Russia’s position and recognised that there was no systematic restriction of imports of Ukrainian equipment by Russia,” Russia’s Trade and Economy Ministry said in a statement.

However, the WTO panel also said that Russia could have carried out the inspections outside Ukraine, and Russia had broken the rules by not accepting conformity assessment certificates issued by Belarus and Kazakhstan, its partners in the Eurasian Economic Union trading bloc.

“With regard to the so-called non-recognition of certificates issued by the competent authorities of other EEU member states, Russia intends to act in full compliance with the contractual base of the EEU and the technical regulations of the Union,” Russia’s statement said.

Either side can appeal the ruling within 60 days.