Hong Kong, China – Hong Kong’s political standoff continued on Monday as protesters blocked roads and clashed with police ahead of a planned mass protest on the anniversary of the city’s return to mainland China.

The dawn protests, which follow several weeks of demonstrations over a controversial extradition bill that would allow suspects to be sent to the mainland for trial, come as the former British territory prepares to celebrate its Special Administrative Region Establishment Day, marking its return to Chinese rule in 1997.

Less than a kilometre from the unrest, the local government continued its preparations for a ceremony to mark the handover at Golden Bauhinia Square, behind water-filled barricades designed to minimise disruption from those demonstrating.

Early on Monday riot police faced off against protesters near the site of the official ceremony, but were not moving them on. 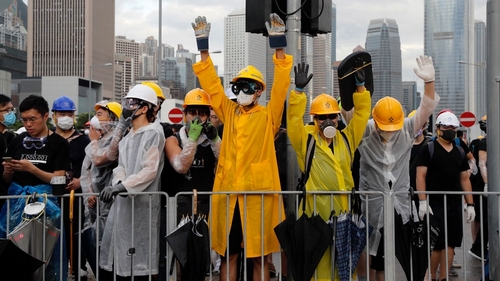 Protesters react to police warning as they attempt to block a ceremony to mark Hong Kong’s return to Chinese rule in the territory on Monday. [Kin Cheung/AP Photo]

Hundreds of thousands of people are expected to once again take to the streets in a planned march on Monday afternoon, starting at the city’s Victoria Park before progressing to the CGO complex.

The July 1st march is an annual event in the city, but this year’s is expected to dwarf the scale of previous rallies as the city goes through one of the most tumultuous political periods in its recent history.

A counter-protest has also been given a permit to gather in the park on Monday, leading to fears of clashes between pro- and anti-government groups.

The anti-government march is just one of several massive demonstrations that the city has seen in recent weeks, the largest of which, organisers say, was attended by more than 2 million people – equivalent to about a quarter of the territory’s population.

Other unsanctioned street demonstrations this month have seen violent clashes with police, who used pepper spray and tear gas among other dispersal techniques, against the demonstrators.

Much of the their ire is directed towards a now-suspended amendment to an extradition law, which would have seen suspects in the city liable to be transferred to jurisdictions with whom Hong Kong has no extradition treaty – including mainland China where courts are notoriously opaque, and beholden to the ruling Communist Party. 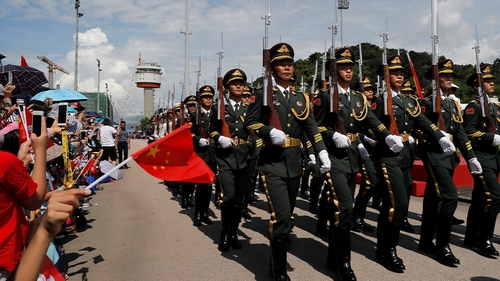 Soldiers from China’s People’s Liberation Army take part in a flag-raising ceremony during an open day of its Stonecutter Island naval base in Hong Kong on Sunday to mark the 22nd anniversary of Hong Kong’s return to Chinese rule. [Kin Cheung/AP Photo]

Despite the shelving of the bill, demonstrators have kept up the pressure on embattled Chief Executive Carrie Lam, the city’s top administrator, demanding that the bill be scrapped in its entirety, rather than shelved, and that Lam herself step down.

The leader, who has largely kept out of sight since her climbdown over the bill, appeared to strike a more concliatory note at the ceremony marking the territory’s return to China, saying that the protests showed she needed to listen better to the public, particularly young people.

Breaking with tradition, the ceremony took place inside rather than outside with the government blaming the weather for the decision.

The protesters are also demanding the release of some of people arrested in the aftermath of one of the unofficial protests, an apology for what they see as heavy-handed police tactics, and a reversal on the official terminology, which classed the clashes as a “riot”. Describing the unrest as a riot could have harsher legal implications for those arrested.

While Hong Kong is technically part of China, it enjoys considerable freedoms, including an independent judiciary and press, the freedom to gather, and free speech.

The concessions creating “one country, two systems” were secured by the departing British government, which co-drafted the city’s de facto constitution, which guarantees the city’s autonomy for 50 years – until 2047. Critics say that China’s encroachments on the city’s freedoms over the past two decades violate that agreement. 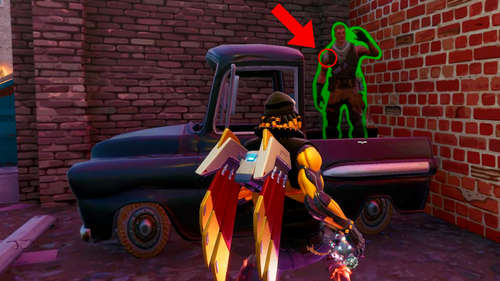 BitPay Raises $40M in Series B Funding for Asian Expansion