Today on Altcoins This Week we comment on the recent announcement made by OKEX putting a stop on ERC20 token deposits, IOTA harassment allegations and more.

Bitmain, one of the biggest mining hardware manufacturers, announced their plan to burn 12% of the Bitcoin Cash (BCH) fees generated for transactions within the AntPool, Bitmain’s biggest mining pool. Theannouncementestablished that the fees generated were being sent to a black hole for them to be burnt, which will support the whole cryptocurrency.

Although Bitmain makes assurances that the BCH in question will be destroyed, the announcement references miners sharing revenue with the entire BCH network, which is confusing. Bitmain also commented on how this will strengthen the network and improve the economy of BCH while allowing continuous growth for the cryptocurrency.

AntPool, the pool that Bitmain has for miners, has a dominant place in the crypto mining business. Community members have commented on the announcement saying that this plan only seeks to generate growth for a specific coin by reducing the BCH offered, which comes as a unilateral decision to manipulate the real price of the coin in the market.

CheapAir Plans On Switching To BitPay

CheapAir, an online website for hotels and flights and long-time supporter of cryptocurrencies, just released anopen letterasking customers about their opinion on changing fromCoinbasetoBitPay. CheapAir has accepted Bitcoin (BTC) for flight and hotel bookings since 2013. The letter comes in response to theannouncementmade by Coinbase back in March that merchants would no longer support “custodial” solutions for merchants and would remove a number of tools and features forcing them to migrate to a new platform named Coinbase Commerce.

Coinbase Commerce, the newest service offered by the company, enables merchants to accept multiple cryptocurrencies directly into a user-controlled wallet. This will allow integration into a merchant’s checkout flow, or addition as a payment option on an e-commerce platform and will accept Bitcoin (BTC), Bitcoin Cash (BCH), Ethereum (ETH) and Litecoin (LTC).

In the open letter, CEO of CheapAir, Jeff Klee, announced their plans to accept additional digital currencies like Bitcoin Cash (BCH), Dash, and Litecoin (LTC) and to support this with a dedicated customer service team. This team will have a deeper understanding of digital currencies and the automation of certain processes to refund money quickly, or generate a BTC invoice for bookings made over phone or email. He goes on to explain how Coinbase was used to exchange crypto to fiat to pay airlines and hotels but with the recent changes made they are now switching to BitPay. Unfortunately, BitPay does not support non-payment protocol wallets (wallets that aren’t BIP-70 compliant), so customers will need a compatible wallet to be able to use crypto as a payment method. Due to this complication, Jeff Klee is now asking customers about their thoughts on how to handle the difficult transition.

The Financial Times news site published an article commenting on allegations made by several people against IOTA. In the article it was established that several team members of IOTA have threatened critics of the project. The investigation held by the Financial Times led to the conclusion that IOTA has been intimidating people, even with physical harm.

The IOTA team has made several comments against individuals or news sites who have criticized the project in any form, including atweetagainst TheNextWeb where IOTA blacklisted the site and cancelled any prior arrangements due to“deliberate defamation”.It seems like IOTA does not take criticism very well and is willing to go out of their way to prevent it from happening. IOTA’s team has commented on a couple of those allegations implying that there was no form of intimidation when approaching certain individuals in regards to comments made.

OKEX, a major Honk Kong cryptocurrency exchange, justannouncedthe suspension of all ERC20 token deposits on the exchange after discovering a new smart contract bug named “BatchOverFlow”. Through the bug, attackers could generate an extremely large amount of tokens and deposit them into a normal address, making them vulnerable to price manipulation.

After discovering the issue, OKEX suspended all deposits of the ERC20 tokens until the bug was fixed. The issue comes just after MyEtherWallet was hacked, exposing data and funds of users who logged into the site within the hours the DNS was affected. The exchange has contacted the token teams affected to conduct a proper investigation and take whatever measures are necessary.

A Bright Week For Altcoins

Last week, the Altcoins market improved along the lines of Bitcoin. Ethereum (ETH) started the week at $500 and continued to go up from there. By Saturday it reached the $600 mark and closed on Sunday just above $630. Ripple (XRP) started the week at 0.65c and gained 28 cents by Saturday, closing the week at $0.88 cents. Bitcoin Cash (BCH) opened the week at $750 and went all the way up to $1,000 by Friday, continued to grow and closed at $1,230 on Sunday, almost doubling its price in a week. Litecoin (LTC) started off at $125 and closed around $149. As of today, the market has slipped down a bit with only Bitcoin Cash showing a steady growth, probably originated by the announcement of Bitmain burning BCH to perhaps inflating the price. 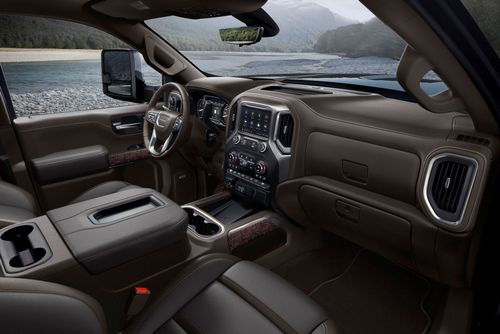