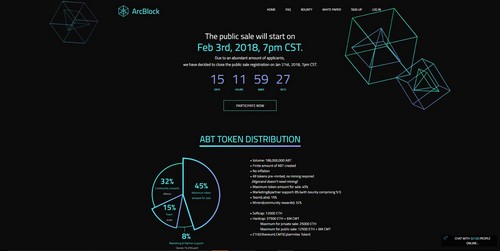 ArcBlock is a platform and an ecosystem for building and deploying decentralized blockchain applications. The platform goes beyond providing the necessary foundational components for using blockchain to power complex business rules. It connects your existing system to blockchain networks, enabling you to automate business processes using the data and identities associated with existing systems.

ArcBlock’s primary goal is to remove the barriers that have slowed blockchain adoption among the general public. We’re also passionate about developing unique approaches that will significantly advance blockchain development.

Blockchain technology is still in its infancy. There are many issues preventing developers and businesses from creating widespread, decentralized blockchain applications.

Performance is one of the main challenges facing current blockchain technology. The blockchain that Bitcoin uses is designed to handle seven transactions per second, and Ethereum can only handle a few more. As of December 2017, a simple CryptoKitties1
application can slow Ethereum and increase transaction fees dramatically.

For example, while the Ethereum-based game CryptoKitties is probably the most user-friendly decentralized app ever built, it still requires the user to install the Metamask light wallet2 browser extension. Users also need to know how to buy ethers securely and use them with Metamask.

To attract large numbers of people, blockchain applications need to be as simple as today’s web and mobile apps. Blockchain technology should be completely transparent to the consumer.

The extremely high cost of using blockchain technology is a major barrier to mainstream adoption. It also limits developers who need the flexibility to build free services. Just like today’s web and mobile apps, users shouldn’t have to pay for every minor action. Similar to the Internet, blockchain technology should be able to support free applications.

Making blockchain free to use is key to widespread adoption. A free platform will also empower developers and businesses to create valuable new services they can monetize, rather than having users pay fees to use the blockchain network.

As with the early days of any computing technology, blockchains have critical “platform lock-in” problems. Developers have to decide which blockchain to support, then implement platform-specific code that makes it very difficult to switch an application to a different blockchain later on.

Developers don’t want to be locked into working with a certain blockchain technology. They need the freedom to evaluate, use, and switch between options. Some applications may even need to run on multiple platforms to provide the best user experience.

People have high expectations for blockchain—the news media, evangelists, and journalists paint a bright future for decentralized applications for the public, especially with the increasingly high prices of cryptocurrencies. In reality, however, blockchain technology is still in its infancy. Most blockchain services lack rich features and don’t have a mechanism to encourage the community to contribute to the feature stacks.

Blockchain protocols make them very easy to fork, and there’s been a recent spike in forks created for various purposes. Unfortunately, forks typically only improve on the forked branch, splitting the community and computing resources. The incentive mechanisms for blockchains just aren’t designed to encourage contributions to the blockchain tech stack yet.

ArcBlock solves these problems through its revolutionary new design. Unlike its predecessors, ArcBlock is a platform service, rather than a standalone software package or set of APIs. ArcBlock is a comprehensive solution that combines blockchain technology with Cloud Computing.

ArcBlock is an incentive-driven marketplace for reusable services, components, and even applications. “Miners” in ArcBlock platform not only bring computing resources, more over they help to build the platform together by providing reusable components, new services, and even ready to deploy applications. People who contributed resources or services will be rewarded with tokens to form a positive, self-growing platform that continues to evolve on its own. The ArcBlock platform service isn’t our creation alone. It’s developed by the entire ArcBlock community—we’re just kick-starting a new blockchain revolution.

ArcBlock’s introduction of the Open Chain Access Protocol enabled open connectivity over multiple blockchain protocols. Developers now have the freedom to evaluate blockchain protocols, and even switch back and forth between them. The Open Chain Access Protocol makes it easy to implement new blockchains as the technology evolves. It eliminates the platform lock-in issue and enables applications to run on multiple blockchain fabrics, vastly improving the developer and user experiences.

Blocklet is another revolutionary component that takes advantage of the latest microservice architecture and serverless computing technology. Blocklet is a high-level application protocol that can be implemented with any platform or language. It leverages the full capacity of the native platform and offers the same level of performance, rather than running on a low-performing virtual machine. Blocklet does more than access blockchains. It connects to any existing data source, and performs both on-chain and off-chain computing.

Our unique design aims to provide a high-performance, user-friendly, cost efficient, and protocolagnostic platform. We believe that ArcBlock represents a major technological advance that will usher in the 3.0 generation of blockchain applications.

In addition to solving the common problems outlined above, building and deploying decentralized blockchain applications with ArcBlock has significant advantages over the vendor-specific frameworks available in today’s market.

BUILT FOR THE NEW TOKEN ECONOMY

The entire ArcBlock service is driven by the token economy. Rather than a basic service platform, ArcBlock is an economy driven by incentives that encourage the blockchain community to work together to build a better ecosystem.

OPTIMIZED FOR THE BEST EXPERIENCE

We built the ArcBlock platform using a “top-down” strategy that centers on the user experience. In contrast, many existing solutions focus on the blockchain technology itself at the expense of user friendliness. Applications built with ArcBlock offer reactive, real-time experiences. Users can simply access them from a web browser (no additional plugins required), or download a mobile app directly from an app store. Either way, the process is familiar.

ArcBlock also dramatically improves the developer experience. There’s no need to deal with lowlevel blockchain protocols. With our mock blockchain adapters, engineers don’t even have to run local blockchain test nodes to start developing and testing their applications.

BUILT FOR THE CLOUD

ArcBlock is designed to run natively in the cloud. It can also run on a single computer for testing and development.

This design principle makes ArcBlock fundamentally different from many other platforms in the blockchain world. In ArcBlock, a node can be a “logical computer” comprised of one or more virtual machines, or a group of cloud services working together as a computing environment. This approach marks a significant step forward that will help elevate blockchain and decentralized applications to the next level, including our patent pending technologies.

ArcBlock will initially build on top of AWS and Windows Azure, then expand to support Google Compute Engine, major cloud computing players in China, and other platforms.

BUILT WITH AN OPEN STANDARD

ArcBlock is built with an open standard. We’re trying our best not to reinvent the wheel and to build for the application developer’s wants and needs. In addition to open sourcing our core components, we will also actively contribute to a variety of blockchain technology communities.

Visit ArcBlock.io for more info about this project and coming ICO 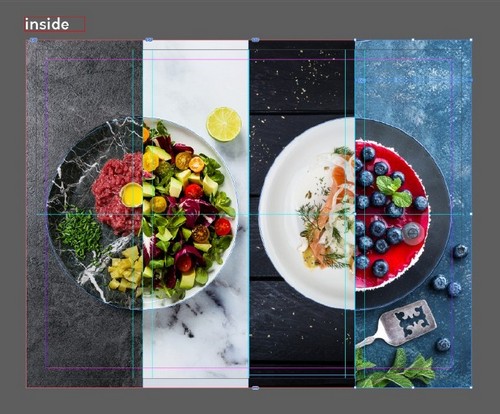 CREDITS – THE FUTURE OF BLOCKCHAIN