Popular US cryptocurrency exchange Coinbase announced today the launch of its first ever index fund. Global Digital Asset Exchange (GDAX), which is owned by the San Francisco-based retail exchange, will provide to its accredited investors the option of buying the lot, all assets, weighted, into one financial product.

“We’re excited to announce Coinbase Index Fund,” the company announced. The fund “will give investors exposure to all digital assets listed on Coinbase’s exchange, GDAX, weighted by market capitalization. If a new asset is listed on the exchange, it will be automatically added to the fund.”

GDAX is Coinbase’s professionals-geared exchange, allowing for more traditional stock-like choices such as market, limit, stop, and margin orders. Coinbase proper, on the other hand, serves more than 13 million retail customers who’ve often claimed it to have been their first foray into crypto, buying and selling. Currently four digital assets are listed and paired, Bitcoin core, Ethereum, Bitcoin cash, and Litecoin. It remains the biggest crypto company on the globe, and is valued at over one and half billion dollars.

“We are seeing new investors coming to the market because they see an asset that is not correlated and outperforms, but they don’t know which ones to buy,” Mr. Bramanathan toldBusiness Insider.

A Long Tradition on Wall Street

Index funds were popularized for Wall Street in the 1970s by John C. Bogle, founder of the veritable Vanguard Fund. Theories abound about the efficacy of fund managers and their ability to at least match broader markets and beat inflation. Minus fees and the perverse incentive to jump in and out of positions, index funds would be considered a conservative investment bet. Buy a weighted percentage of the entire class, across classes, whatever, and sit back and hope for the long-term best. Poorer performers might be mitigated by higher, the theory went, and though an investor would not see the massive booms she would also not suffer from hellish busts.

“Index funds,” the company continues, “have changed the way that many people think about investing. By providing diversified exposure to a broad range of assets, index funds enable investors to track the performance of an entire asset class, rather than having to select individual assets. We’re excited to give our customers the ability to invest in the potential of blockchain-based digital assets as a whole.”

Coinbase Index (CBI) reportedly weights by market capitalization Bitcoin core at 62%, Ethereum 27%, Bitcoin Cash 7%, and Litecoin 4%. It’s possible to get a rough sense of its potential value by simulating the index on Tradingview, typing each in theticker bar (which as of this writing reached almost $7K).

The company cautions, “At this stage, investing in Coinbase Index Fund will only be available to US-resident, accredited investors. We’re working on launching more funds which are available to all investors and cover a broader range of digital assets.” Investors are encouraged to sign up, get onboarded, but it appears CBI won’t be up for a few months due to awaiting legal clarification from the Securities and Exchange Commission (SEC).

According to its paper onmethodology, “New digital assets created through blockchain forks or airdrops will not be added to the index unless and until they are listed on GDAX. Each new asset must, in its own right, satisfy the criteria in the GDAX Digital Asset Framework and be listed on GDAX in order to become a constituent asset of CBI.”

Coinbase has given provocative interview answers of late, claiming to want the title “Google of cryptocurrency,” with emphasis on storming previously uncharted markets. For now, the company joins Bitwise, which has ten cryptos in its index, and the Crypto20.

Given the chance would you invest in a crypto index fund? Let us know in the comments below.

Growing the Garden: How to Use Blockchain in Agriculture 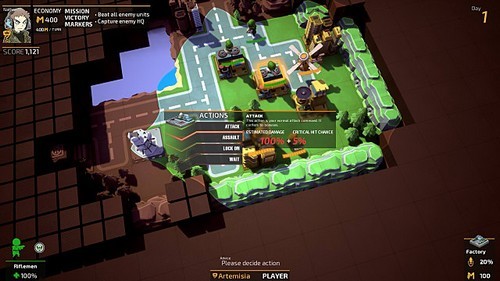