Ripple has been steadily falling throughout March, although the mid term descending channel was formed well before, in early January 2018, the Chief Analyst at RoboForex Dmitriy Gurkovskiy says. 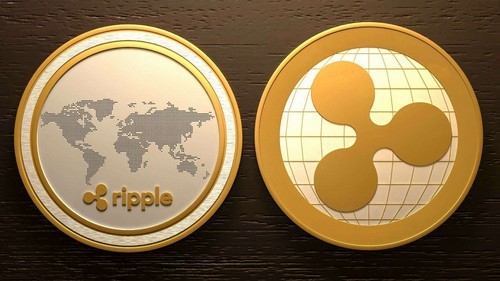 Ripple can go either way

When it comes to indicators, the MACD is in the negatives while moving sideways; the sell signal is still here to stay, although it does not get stronger. The Stochastic is, on the contrary, trying to slide away from the negative territory, which may signal some local buys may occur soon. The overall signal is mixed, however, as the indicator is still in the negatives. All this shows that the next few days are going to be crucial for Ripple.

Fundamentally, the news on investing into startup companies using Ripple are very much important for the cryptocurrency price. This is actually a legal way to stimulate the demand for Ripple, and if it succeeds, the company will get a good reason to rely on developer support. This is not the first time such a thing happens: for instance, Ripple has already invested $25M in Omni, a company specializing in goods rental and storage. 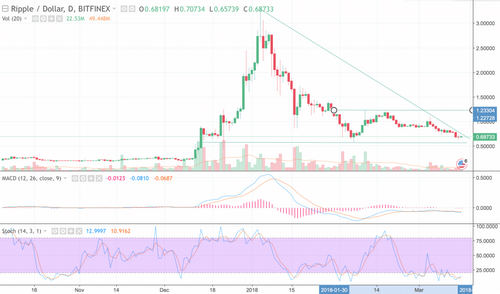 Of course, Ripple showed negative reaction on Google banning cryptocurrency and ICO ads, just like other digital coins. The web giant is reputed to be very much consistent regarding this policy and allow no exceptions, unlike Facebook, where the publishers are able to post their ads using modified cryptocurrency names.

Ripple is now in the top 3 most popular digital currencies, being overrun just by Bitcoin and Ether, with the market cap at $30.5B. Its application area, however, is quite narrow, compared to the competition. Ripple is mostly used for making overseas payments, and its clients are mostly companies that service such transactions.

The post Next Following Days to Be Crucial for Ripple appeared first on Ethereum World News. 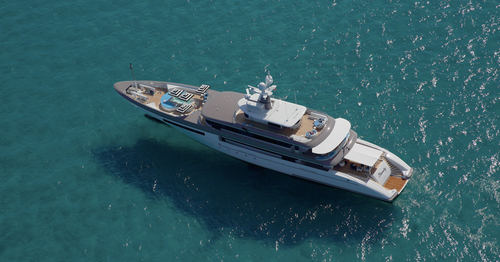