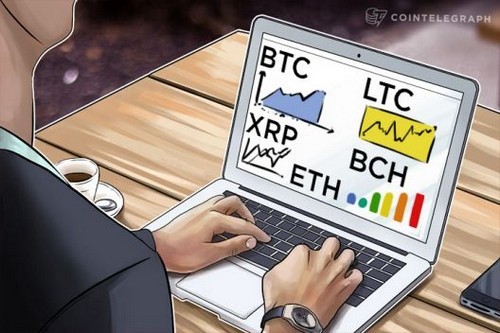 The views and opinions expressed here are solely those of authors/contributors and do not necessarily reflect the views of Cointelegraph.com. Every investment and trading move involves risk, you should conduct your own research when making a decision.

* BTC/USD, ETH/USD and LTC/USD market data is provided by the HitBTC exchange.

Bitcoin’s expected SegWit2x hard fork did not materialize, which led to large-scale dumping of the cryptocurrency. This awakened the sleeping giant, Bitcoin Cash, which surprised everyone with its huge vertical rally.

Instead of Ethereum flippening Bitcoin for the leader’s position, Bitcoin Cash flipped Ethereum to take the second spot. However, gravity caught up with Bitcoin Cash helping Ethereum regain its number two spot.

Meanwhile, experts continue to provide bullish forecasts for Bitcoin, both for the short-term and the long-term.

Let’s see, what do the charts forecast.

Both the previous bottoms had formed with a large range bullish bar at the lows. Today’s strong bullish move is very similar to the price action during the previous two bottom formations.

However, the current rally is facing resistance at the trendline, which previously had acted as a support. The 20-day EMA also lies at the same levels. Therefore, we need to watch the $6,500 levels carefully.

We don’t have a clear buy signal with a good risk to reward ratio. Therefore, no trades are recommended at the moment.

A few months back, Ethereum was the darling of the traders. However, of late, it has not generated any notable buying interest. Is the scenario about to change?

Ethereum has been trading within the range of $280 to $315. The bulls successfully broke out and closed above the overhead resistance on two occasions, but they could not sustain the rally.

However, the third breakout of the range is likely to be successful. Therefore, it is recommended to buy the cryptocurrency at a close above $315. Stop loss should be kept at $280.

The first target objective is $353; however, it is expected to be broken. Hence, once prices rally to $353, please raise the stops to breakeven. Book 50 percent profits at the $367 mark and trail the stops higher.

We had correctly spotted the rally in Bitcoin Cash in the initial stages. The moves the price experienced over the last couple of days, usually, end up hurting a lot of buyers who arrive late to the party, on fears of having missed out on the rally. Therefore, many times, we prefer to miss a rally if we don’t have a good risk to reward ratio, rather than jump in and repent later.

Currently, Bitcoin Cash is correcting the mind-boggling rally, which took it from under $300 levels to $2,799, an 833 percent rally within a matter of 21 days.

The usual Fibonacci retracement levels could not offer any support during the correction. We expect the digital currency to find support at the $972 levels, which was the previous high, created on Aug. 19 of this year.

If the support holds, we may see a resumption of the uptrend. However, there will be a huge overhang of sellers, stuck at higher positions. Therefore, we don’t expect a repeat vertical rally.

If, however, the support of $972 breaks, the cryptocurrency is likely to fall to $611 levels. We don’t find any buy setups on Bitcoin Cash; hence, we are not recommending any trade on it.

Ripple has been a laggard. The bulls have not shown any buying interest, even when the other altcoins were on fire.

Ripple has been trading within the narrow range of $0.18 on the lower end and $0.22 on the upper end. Attempts to breakout and breakdown of this range have been unsuccessful.

Additionally, the previous attempt to rally faced significant resistance at the downtrend line. Therefore, unless the cryptocurrency breaks out of $0.22, it is unlikely to find buying support.

It might be a good idea to buy Ripple on a breakout and close above $0.22. The stop loss for the trade should be kept at $0.17.

Though we haven’t seen any fireworks in Litecoin, it has at least broken out of the range of  $44 to $57.7. Should we buy it now?

Litecoin’s attempts to breakout of the range have faced selling pressure at higher levels. However, the bulls have maintained their buying pressure, increasing the chances of a rally.

The pattern target of the breakout of the range is $71.

We suggest buying Litecoin at the current levels of $60.4, with a stop loss of $52. We don’t want to hang on to the stock if it falls back into the range once again.

Please book 50 percent profits at $71 and raise the stops on the remaining position to break even because we expect a rally to $80 levels. 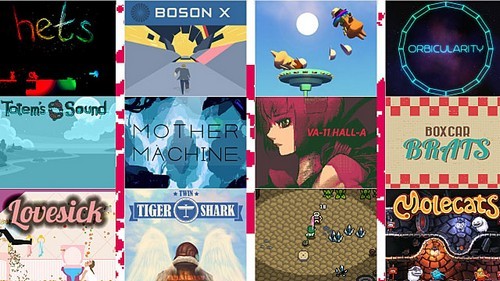 This Bitcoin Domain Can Be Yours for $2.75 million 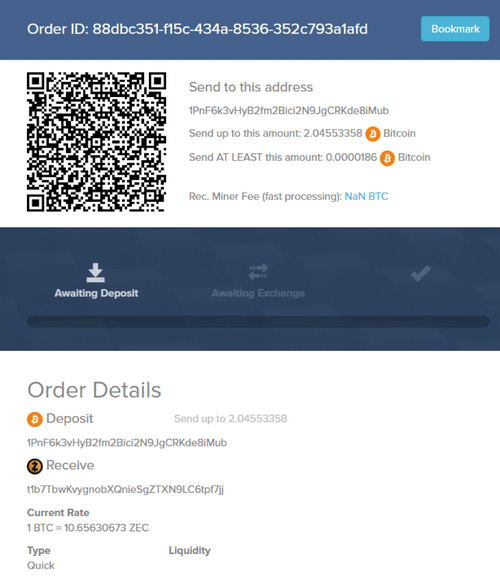 PR: Gameflip ICO Is Now Live! Launch Comes After a Pre-Sale That Achieved 112% of Its Goal