The remarks came as information has trickled out about the vessel, reported to be an advanced “spy submersible”, and its highly decorated crew, which served in a secretive unit under Russia’s main directorate of deep-sea research and represented some of the navy’s best and brightest. 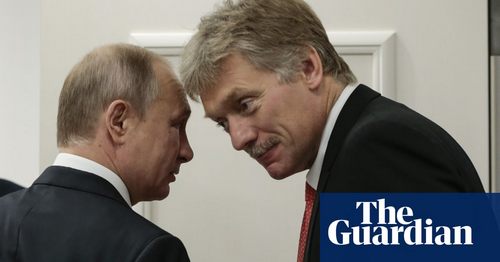 The Kremlin has said it will not reveal the vessel type or mission of the 14 sailors who died onboard a top-secret submersible on Monday because the information is a closely guarded state secret.

The victims, who reportedly included the son of the military unit’s commander, also included seven high-ranking officers and two recipients of the Hero of the Russian Federation, the country’s highest honour.

Kremlin spokesman Dmitry Peskov said during a telephone call with journalists that information about the vessel would not be released because it “is classified information, this state secret is being kept to protect the country’s national security”.

Following reports in online media, the Russian tabloid Komsomolskaya Pravda on Wednesday published the names and photographs of several of the victims with confirmation of their deaths from relatives. They included the son-in-law of a rear admiral and the vessel’s commander, reportedly awarded the title Hero of the Russian Federation for his research in the Arctic and Antarctic.

Purported photographs of the 14 victims have also been uploaded to a social media account that follows developments in Russia’s navy.

Russia’s defence ministry said that a fire broke out on board the submersible on Monday and that the victims sacrificed their lives in order to save the vessel. Russian officials have not said why the incident occurred or how many people in total were on board, probably because the size of the crew is a secret.

Russia’s defence minister, Sergei Shoigu, said that one civilian was evacuated from the submersible.

“They were unique military specialists, highly qualified professionals, performing important research on the Earth’s hydrosphere,” Shoigu said of the victims in televised comments.

Several independent Russian media outlets, including RBC and Novaya Gazeta, have identified the vessel as the Losharik. The Losharik is believed to be nuclear-powered, capable of diving to extreme depths and possibly involved in the tapping and severing of underwater communications cables, as well as deep-sea research and rescue missions.

The Losharik is thought to be comprised of a series of orbs inside a traditional submarine hull, allowing the vessel to dive to great depths. It can be carried underneath a converted ballistic missile submarine that serves as a “mothership”, and then released to perform deep-sea missions.

Little information about the submersible has been confirmed. The clearest photograph is believed to have been accidentally published by Top Gear magazine, which inadvertently captured it while covering a test drive of a Mercedes-Benz GL450 in Arkhangelsk, northern Russia.

The accident was the deadliest seen by Russia’s navy since the 2008 incident aboard the Russian submarine K-152 Nerpa, when the accidental release of a fire suppressant killed 20 people.

In 2000, Vladimir Putin was harshly criticised for his handling of the accidental sinking of the Kursk nuclear submarine, which left 118 sailors dead and families desperate for information about their loved ones.

The Kremlin has had to balance its wish to keep information about the submersible secret and its desire to show the public that it is being transparent.

Putin has dispatched Shoigu to head an inquiry into the accident in the Russian city of Severomorsk in the country’s far north, and the Kremlin spokesman said Putin had “full information” about the incident.

Asked whether the vessel had a nuclear reactor on board, he said: “This isn’t my area; we don’t deal with submarine building. You should ask the defence ministry.”

Russia ‘on wrong side of history’ over Syria chemical weapons – US