The disclosure came during a meeting between the Russian president and defence minister Sergei Shoigu about the incident, which left 14 Russian sailors dead, including seven high-ranking officers and two bearing the title Hero of Russia. 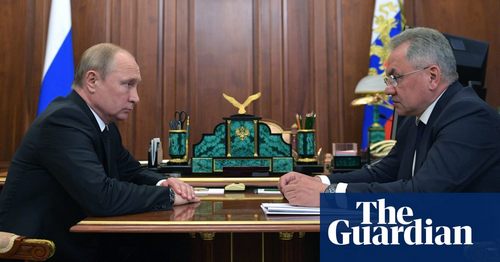 Vladimir Putin has confirmed for the first time that the top-secret submersible that suffered a deadly fire this week was nuclear-powered, but Russia’s defence minister said the nuclear unit had been sealed off and was in “working order”.

Submersible on which 14 sailors died is state secret, says Kremlin

The Russian government has been slow to reveal information about the incident because the submersible, thought to be a deep-diving vessel used for research and reconnaissance, is among Russia’s most secret military projects.

The fire aboard the “Losharik” AS-31 submersible began in the battery compartment and spread through the vessel, Shoigu told Putin during a meeting in the Kremlin, which was later broadcast on Russian television. The vessel is thought to be made of a series of orb-like compartments, which increase the submersible’s resilience and allow it to dive to the ocean floor. Once there, it can perform topographical research and participate in rescue missions. It may even be able to tap and sever communications cables on the seabed.

Officials claim the submariners sealed themselves in one of the compartments to battle the blaze and toxic fumes, sacrificing themselves in order to save other crew members. Survivors of the blaze have not spoken publicly.

“What about the nuclear-power unit?” Putin asked Shoigu during the conversation, the first time any official has confirmed the vessel is nuclear-powered.

“The nuclear-power unit has been sealed off and all personnel have been removed,” Shoigu told Putin. “Plus, the crew has taken the necessary measures to save the unit, which is in working order.”

A Norwegian official told Reuters there had been no “formal communication” from Russia about an incident aboard a nuclear-powered vessel, but “we would have been happy to have been informed of such incidents”.

While the Russian government controls media coverage of the incident and it seems unlikely to provoke popular anger at the Kremlin, accidents aboard submarines invariably evoke comparisons to Putin’s clumsy handling of the sinking of the Kursk nuclear submarine in 2000, which left 118 dead and families desperate for information about their loved ones.

The Russian government has pledged to give state awards and provide salaries to the sailors until their children come of age. Russian servicemen attended a memorial service on Thursday in the port city of Kronstadt, near St Petersburg, in honour of the 14 dead submariners.