Few fandoms are as old and big as the Star Wars fandom. It encompasses all ages and all levels of passion. And some of those fans are really passionate and great with Photoshop, so occasionally they find ways to soothe their burning need for new media about an upcoming movie by just making it.

As far as Mark Hamill knows, that’s exactly what happened with the striking poster above. Asked if it was a real ad for the ninth installment in the franchise, Hamill’s answer was succinct.

«#UPF» equals «Ultra-Passionate Fan.» Hamill, one of the nicest guys in show business, had a similar answer to the same question from another Twitter user: «I’m pretty sure that’s just the (wonderful) work of a passionate fan.»

It certainly looks it, if you really examine the image. First, the resolution is lousy, which is never the case with real Star Wars posters these days, and second, there are all kinds of character details that are wildly wrong. One section alone is enough to illustrate that point. 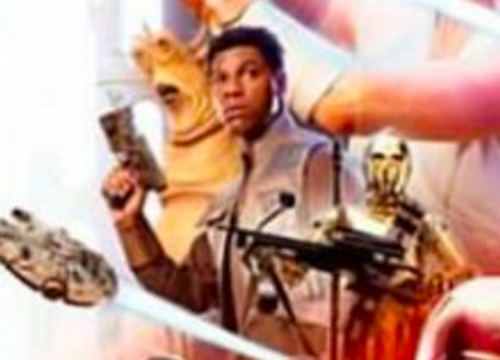 C-3P0 is wielding Chewbacca’s «bowcaster.» No one knows what the hell is up with that creature over Finn’s (John Boyega) right shoulder. And in general, the whole thing is just kind of blah.

That said, the composition is certainly similar overall to real action and fantasy movie posters from Star Wars and other franchises, so the artist(s) behind it knew what they were doing, to some degree. It’s not that hard to see why people were fooled.

Is there still a sliver of a chance it’s a real mock-up that just got leaked somehow? Sure. But Mark Hamill seems like a better-than-average authority on the subject, and other publications touting it as real later deleted their posts. That’s about all you need to know.

With Star Wars IX, it’s not like we’ll have long to wait for the real thing where posters and trailers are concerned. The movie premieres December 20, 2019, and there are plenty of real images and video to come.