This is only the beginning of what will surely be a steady march of previews for Tarantino’s look at Hollywood in the time of the Manson murders, with a trailer slated to premiere later this week.

DiCaprio simply captioned the poster with «Hollywood. 1969,» and the hashtag #OnceUponATimeInHollywood. 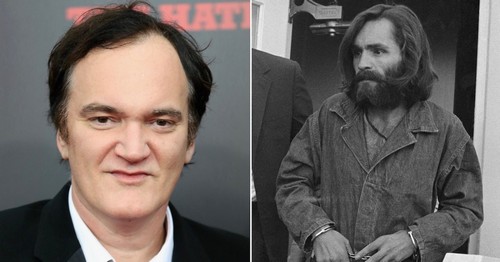 Here’s the synopsis as reported by Vanity Fair:

Set in Los Angeles in the summer of 1969, Tarantino’s upcoming movie, according to a source who read the script, focuses on a male TV actor who’s had one hit series and his looking for a way to get into the film business. His sidekick—who’s also his stunt double—is looking for the same thing.

The horrific murder of Sharon Tate and four of her friends by Charles Manson’s cult of followers serves as a backdrop to the main story.

So there’s no retconning of actual history a la Inglourious Basterds, where Hitler suffers a satisfyingly brutal but fictional fate. As far as we know Sharon Tate, Jay Sebring, and Voytek Frykowski don’t unleash kung fu moves on the Manson followers who killed them in real life.

Tarantino has in fact said the movie will be «probably the closest to Pulp Fiction that I have done.» We still don’t know what that means.

We’ll have more answers when the trailer is released in a few days and all the answers when Once Upon a Time in Hollywood premieres on July 26th.

Here’s Everything Coming and Going From Netflix In March