With 650 horsepower and a 190 mph top speed, the Lamborghini Urus ushers in the age of the Super SUV.

This is spiritual land. Somewhere in this Mojave Desert, a young Jim Morrison passed a dying Native American by the roadside and felt the man’s spirit leap into his body, possessing him ever since. At the moment I can relate.

Now I’m not suggesting I’m possessed by a ghost per se, but as I plow through the desert scrub in a pristine canary yellow Lamborghini — yes, that Lamborghini, makers of exquisite machines of ethereal Italian engineering — shooting rooster tails of sand and dirt high into the cerulean sky, I can definitely attest to being possessed by somebody. Or some-thing.

This is my welcome to the Urus, a cold face-slap on a crisp desert morning. The newest vehicle in Lamborghini’s stable of high-wattage super machines is not only its most anticipated and controversial, but surely its most unconventional.

Anyone lucky enough to have driven Lambos before knows they provide shock and awe for a litany of reasons, but it’s never been because of the supercar’s ability to roar through desert washes, gain traction on shifting quicksand, and shoot forth through the brush like a chupacabra high on Adderall.

Yet, here we are. And while few will buy the Urus with dreams of conquering the Rubicon — its smallest rims are 21” alloys — the crossover harnesses its parent VW Group’s time-tested experience with off-road utes. Not only does it share its MLBevo platform with the likes of the Porsche Cayenne and Bentley Bentayga, but also capable off-roaders like the Audi Q7 and Volkswagen Touareg.

Unlike the others, however, the Urus comes with an unexpected bulbous contraption where the shifter would be dubbed the Tamburo. The Tamburo features dual horn-like levers on each side that modulate between seven driving modes — the left for street performance (Strada, Sport, Corsa), and the right for off-road (Sabbia, Terra, Neve). The seventh, Ego, is the customization mode where the driver can handpick his favorite settings from all the above.

While testing the Sabbia (sand) we drive slowly between the stone cliffs that define the two tectonic plates of the San Andreas Fault. Here the Urus is as surefooted as any SUV we’ve driven in soft sand, never getting stuck in the loose dry powder. When we dial it up to Terra (dirt), the hooliganism begins. You can feel every hoof of the V8’s 650 horses running wild and free. I welcome the native spirits leaping into my body with a dumb smile and a right foot planted into the floorboard.

It’s important to note this is not Lamborghini’s first foray into the realm of the SUV. Unlike other Johnny Come Lately luxury marques throwing their doilies into the SUV ring when they sniff a potential buck, the Italian marque first planted its Raging Bull flag into the ground of 4×4 off-roaders way back in the mid-80’s with the LM002, aka the «Rambo Lambo.»

The seemingly Minecraft-generated geometric block of testosterone perfectly embodied the Schwarzenegger-roided machismo of the era — and even though only 328 were made, it now allows the Italians to flip a crusty bird at haters. Lambo designers even gave the LM002 a visual shoutout, echoing the Rambo Lambo’s shoulder line from the bonnet angle to flat hood.

But the beloved LM002 was an anomaly. Many at the time said an abomination (more then than now, of course; since its demise the rare LM002 has taken on a near cultish obsession). But this Urus is no sideshow. It is the main event, and will almost certainly become the best selling Lamborghini in the Italian brand’s rich history. Execs have even doubled factory floor space in anticipation of doubling sales.

CLEANING UP FOR THE STREETS

Only an hour after our run through the San Andreas Fault we’re on the black asphalt of the Thermal racetrack — a private club tucked away near the polo fields that act as playground for the young and inebriated during the Coachella Music Festival.

As soon as we unleash the Urus on the silky ink of the South Course it is instantly apparent this is no finesse vehicle; the 850 Nm of pure torque unspooling from its 4.0-liter twin turbocharged V8 is a blunt weapon of physical brutality. It slingshots the SUV from 0-62 mph in 3.6 seconds, and continues pulling all the way up to 190 mph.

But yet the Urus offers so much more than raw power; the way it masks its size and mass is nothing short of illusion.

Complex and expensive tech like rear-axel steering (plucked from the flagship Aventador), torque vectoring and adjustable air suspension all help with the heavy lifting. But it is the 48-volt active anti-roll bar architecture — a re-tuned version of Bentayga’s next-level Dynamic Ride system — that really works the magic wand.

Utilizing electric motors, the system manipulates the bars to counter body roll — which if you can imagine should be considerable for a tall 4,850-lb vehicle. Instead, the Urus offers startling body control while cornering, virtually lowering the SUV’s high center of gravity and somewhat mitigating its mass. It remains alarmingly flat even on the most extreme hairpins.

Utes like the Jeep Grand Cherokee SRT, Porsche Cayenne Turbo S, and Bentley Bentayga radiate power like an aura, hammering roads with all the subtlety of Thor’s hammer. But those brutes are direct-line rockets, posting absolutely absurd acceleration and torque numbers while all but ignoring a human being’s need to, well, turn. The Urus is different. It is a world apart.

Only the Alfa Romeo Stelvio Quadrifoglio and Jeep Grand Cherokee Trackhawk can even hold a candle to it on the track. All three super-SUVs boast not only celestial power and acceleration curves, but also the fleet footwork required to tackle the track with any real alacrity.

And while few will likely take any of these utes on the Thermal Club, their performance on the circuit translates more to reality than their ability to crawl over boulders. The world is not a shrub pocked desert expanse, after all, nor an endless series of straight lines: the twisties you encounter on the track are only an exaggeration of the curves you’ll encounter at speed IRL.

The Urus not only takes off like a jumbo jet (0–124 mph in 12.8 seconds), but more importantly it can scrub speed like one too: it decelerates from 62 to 0 mph in an unholy 110.6 feet. That’s nearly 2.5 tons of steel coming to a standstill from high speeds in a space shorter than an Ariana Grande engagement.

On a straightaway at Thermal they lined us up for a braking test. (Side note: the Urus offers the easiest launch control we’ve ever executed: step on the brake with your left foot and drop the throttle with your right; release when ready. No designated buttons or endless quests down the drive settings rabbit hole).

What was most impressive wasn’t the explosive takeoff, nor even the ABS that stopped us so forcefully that on the first run my eyes vibrated and felt like they were gonna pop out of their sockets. No, the most impressive element was that in the middle of the braking area they set up a kink as an obstacle, and even while it was grinding us to a shuddering halt from 100-mph the Urus was able to turn and keep its balance like a Russian ballerina.

That stopping force is provided by the largest brakes ever found on a production vehicle: 17.3-inch carbon ceramic discs with ten piston calipers up front and 14.5-inch carbon ceramic rotors with 6 piston floating calipers in the rear, all skidding to a stop on Pirelli P-Zero Corsa rubber. Those rear rotors are larger than the Corvette Z06’s front brakes — dwell on that. Incredible supercar-like performance in the mass of an SUV.

You didn’t come here to read about creature comforts in the Urus, but since it claims to be an SUV it’s important the Urus does not fail in utility. Lamborghini has never even had to consider the existence of rear passengers (perish the thought, peasant!), so it’s noteworthy their first volume offering with rear seats would be so comfy — never mind able to accommodate passengers up to 6-foot-3-inches tall back there.

What isn’t a surprise, however, is just how luxurious the appointments are: think large screens for rear passengers, open pore wood running across the cabin, and Bang & Olufsen tweeters rising ceremoniously from the corners of the dash.

Our leather was a rich chocolate brown, with just the right amount of grain. There are silver metal grilles on the 21-speaker B&O soundsystem, a HUD, and a pair of crisp, bright touchscreen displays running the Lamborghini Infotainment III System in the center console.

We found snorting bulls embossed on headrests, and intricately stitched diamonds quilted on perforated leather thrones — an unsurprising detail coming from any luxury brand in the Audi family. There’s even 22 cubic-feet (616 liters) of total luggage capacity— enough to haul two golf bags in the trunk.

While others have hinted, the Urus declares its arrival with authority: the age of the Super SUV is here. 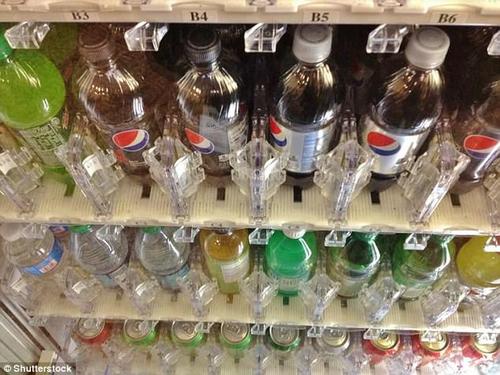 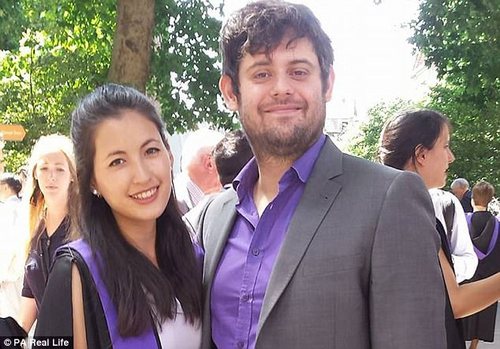 Photo: from the Windows of apartments in the Oktyabrsky district threw a big pile of garbage