Via its blog, Bungie has just confirmed what we can expect from Destiny 2‘s Halloween-tinged Festival of the Lost event, available from October 16 at 1 p.m. EDT to November 6 at 7 a.m. EDT.

Following the disappearance of Eva Levante, Bungie says that “Shipwright Amanda Holliday has stepped up to raise everyone’s spirits. Thanks to her, the Tower is filled with merriment, as memories good and bittersweet fill our hearts».

Throughout the Festival, Holliday will offer players daily bounties forFragmented Souls, which can be cashed in for Festival of the Lost masks and the new Horror Story Legendary Auto Rifle. No stats for this weapon have been revealed.

New Triumphs will also be available. 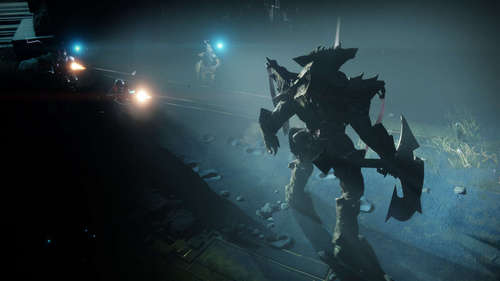 Additionally, a new game mode will be available that plunges Guardians into the Haunted Forest. Players will spend 15-minutes clearing floor-after-floor of “ghouls and demons” trying to reach the bottom before time expires.

“Be wary,” the developers write, “the deeper you go, the more difficult your job will become.”

The Haunted Forest can be taken on solo, with friends, or through the matchmaking system.

Beginning October 30, there will also be a new quest (with a “powerful reward”) that asks players to track down Master Ives’ killer.

Finally, with the Festival of the Lost comes increased rewards. Players at maximum level will now receive both an Ephemeral Engram and a Steadfast Engram every time their XP bar is filled.

What are you looking forward to most in the upcoming event? Let us know in the comments below.