Ubisoft has announced a new update for Rainbow Six Siege that changes a few of the game’s Operators. The update comes halfway through Siege’s Year 3, Season 3—referred to as Operation Grim Sky—and makes adjustments based on the influence of the two newest Operators, Clash and Maverick.

The two Operators getting patched in the update are Maestro and Clash. Ubisoft outlined the changes the two would undergo in a blog post on Siege’s main website. Both Operators are Defenders. Ubisoft wants to make Maestro less confusing to use, and change Clash so that she performs more in line with the developer’s original plans for the Operator.

The update changes Maestro’s ALDA 5.56 so that its recoil matches that of other LMGs in the game. Currently, the ALDA 5.56 reduces recoil the longer it fires without aiming down the sights, but this has «led to confusion» where players try to aim as if recoil would increase with sustained fire. 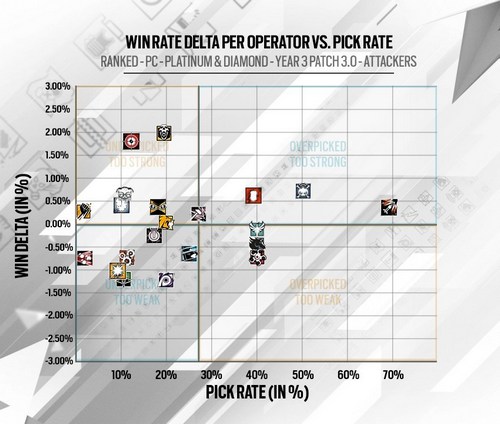 Clash is getting reduced weapon swapping speed between her shield and sidearm, and the delay before her shield’s charge refills will be doubled. Also, Attackers that Clash shocks will regain full mobility after only 0.5 seconds, instead of the existing 1.5 seconds. «Ultimately, we believe that this will further drive the idea that Clash is reliant on teammates, as opposed to an Operator that can exist completely independently,» Ubisoft wrote. «She is not intended to be able to hold half of the map by herself, and will now require the proper support from teammates to do so.» 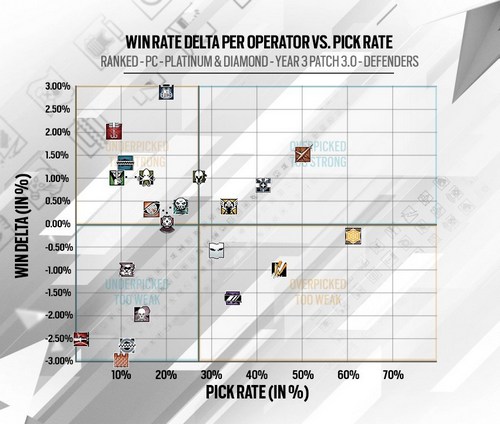 Although there are no scheduled changes for any other Operators in this update, Ubisoft wants to patch both Lion and Glaz in the near future. The developer has two possible solutions for Lion, which should fix how «problematic» he is at higher level play. «One adjustment would remove the intel gathering aspect of his gadget, or we may go with the other, which will trigger more of a Jackal style ping,» Ubisoft wrote. For Glaz, Ubisoft wants to bring the Operator back to his original role as a sniper in the rear. Currently, Glaz is one of the best «site pushing» Operators who can lead the charge with a high-powered weapon.

Ubisoft held a Reddit AMA to address further details about the new update. The full patch notes for the update can be read below.