You won’t see much that you haven’t already when you dive into The Heist, the first of three pieces of downloadable content for Marvel’s Spider-Man on PlayStation 4. By and large, The Heist offers more of the same thing that Spider-Man did: a smattering of fun, quick open-world activities, coupled together with a more character-focused storyline.

That’s not to say you shouldn’t play it, though, or even that The Heist reiterating what worked previously is much of a negative. It adds more of what made Spider-Man an engaging, reliable,, and very fun experience. Sure, it fills its open world with activities that are pretty much what you have seen already—almost all new crimes to stop in New York are just slight spins on offerings in the vanilla package. But after a break following Spider-Man’s release, it’s great to get back into Insomniac’s beautiful rendition of New York and punch some bad guys, sling some webs, and uncover the first part of a new and affecting story.

That story is what really makes The Heist interesting, as the rest is just open-world window dressing to take advantage of Spider-Man’s solid systems. After being teased in the main game, Spider-Man’s old friend-slash-former-lover-slash-semi-nemesis Black Cat is back in town. She’s both up to no good and potentially in trouble, since her arrival coincides with the resurgence of a mafia crime family in the wake of Spidey’s removal of the Kingpin at the start of the main game. 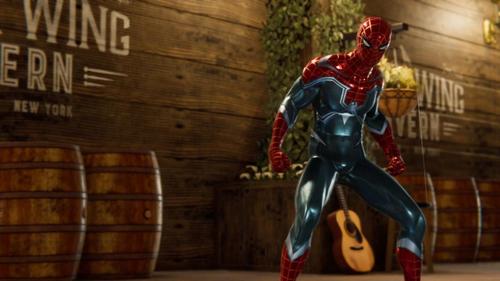 Like the base game, what makes the story work is the personal connection of it all. Peter Parker and Black Cat have a deep and fraught history together, and it clouds his judgment from the jump.The relationship between Pete and MJ is already complicated—and that was before his ex showed up and started robbing museums. That Black Cat has seemingly thrown in with the mob, which makes her dangerous, might put her in danger, and messes with Peter’s head even more. Mission by mission, the best part of The Heist is watching Peter grapple with how he feels about Black Cat and what exactly her return means for his life going forward.

Apart from the story, it’s not all a rehash of the main game’s glories. The story missions offer some great, refreshing takes on elements that have shown up in Spider-Man before, like an opening museum heist in which Spidey has to save the art from grabby mafiosos, or a later tag-team scenario in which Spidey and Black Cat stealth-beat down a bunch of bad guys. Insomniac capitalizes on just how well-designed Spider-Man is, and these ideas are especially engaging when they’re added to the unfolding story.

The Heist won’t keep seasoned spider-folk busy for long—it’s easy to wrap up everything it has to offer in a handful of hours—but that’s also part of the appeal of the game itself. Spider-Man does a good job of avoiding the feeling of your time being wasted, and the story campaign clips along so that it feels substantial without being an investment in busywork. 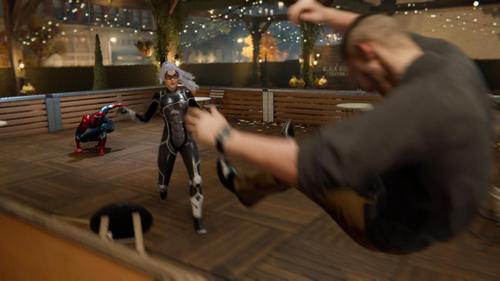 Apart from the story, a new slate of challenges offer some tougher activities to master. This time, they’re geared around one of the main game’s better side activities, created by the online streaming psycho Screwball. Again, they’re not terribly different from Taskmaster’s challenges from the main game, but they carry some fun twists, like «photobomb areas» where Spidey can earn bonus points for performing cool moves, or requirements like only using a certain set of gadgets in a fight.

Insomniac’s strong character work and solid storytelling are combined with a few new fun activities in New York, making The Heist an engaging return and a meaningful addition to what is already an impressive open-world title. The biggest bummer of the whole thing is that it ends on a cliffhanger that leaves you wishing November, and the next chapter of The City That Never Sleeps, would hurry up and get here.