Bethesda has been one of the highest-profile major publishers throwing its weight behind the Nintendo Switch, but this won’t extend to Fallout 76. During a panel at PAX Aus today, Bethesda marketing executive Pete Hines stated that Fallout 76 on Nintendo’s console «wasn’t doable.» 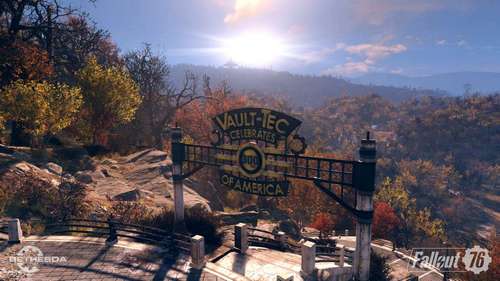 That being said, Hines said every Bethesda studio considers the Nintendo Switch for its new products, but whether or not it works out depends on a number of factors. Hines said Bethesda management allows the individual teams to decide what’s best for their games. Management at Bethesda never gives studios mandates, and this includes the platforms it chooses to support.

«The Switch is something I can say with certainty that it’s a part of every conversation with every dev we have now about what we’re doing going forward because we consider it to be a viable platform,» he said. «If the game will work on it, we want it to be on every platform possible. Fallout 76 is not because it just wasn’t doable. But honestly, there is no game in development that we haven’t had a conversation about [bringing it to Switch] . ‘Does this work on the Switch, do you have a plan for the Switch?’ It’s not a mandate. Everything we do has to be developer-led, but it’s something we want to make sure is on folks’ radar.

«I enjoy us being seen as the third-party leader in terms of supporting Switch,» he added. «People go, ‘Hey, you’ve got a lot more stuff [on Switch] than this publisher or that publisher.’ That’s what I want Bethesda to be known as. We’re guys who will take some risks.»

The confirmation of Fallout 76 not coming to Switch not long after ZeniMax Online Studios boss Matt Firor confirmed that The Elder Scrolls Online won’t be released on Switch.

Hines also made it clear that another one of Bethesda’s pursuits is to make money. Bethesda is launching games on Switch because it believes it’ll end up being a smart commercial decision. «You go where the money is because that’s how you stay in business,» he said. «What we have seen compels us to say, ‘[Switch] is a viable platform for the kind of things we do going forward.’»

During the panel, Hines teased that «the next Wolfenstein» game is also coming to Switch. That’s intriguing because the new standalone game Wolfenstein: Youngblood is only confirmed for PS4, Xbox One, and PC. There is also a third major Wolfenstein coming, but no platforms have been announced yet. It appears Hines was referring to one or both of these games.

Also during the presentation, Hines talked about the closed system walls between major consoles needing to come down to benefit the entire industry.

Top Bethesda Devs On Why Video Game Crunch Is Bad