While Fortnite Battle Royale may have stolen the spotlight, many fans have been eagerly awaiting the free-to-play release of Save the World, the shooter’s PvE game mode.

In a blog post made today, Epic has extended their wait, stating that the free-to-play launch will no longer take place in 2018.

«We’re working on a broad set of features, reworks, and backend system scaling we believe are needed to go free-to-play,» the post states.

The post articulates some of the tweaks the dev team feels are necessary prior to going free-to-play:

The first is an overhaul to the UI, with the stated goal of making menus easier to locate and «adding polish and character(s)» to the menus themselves. More details on this are to be made available «in the next few weeks.» 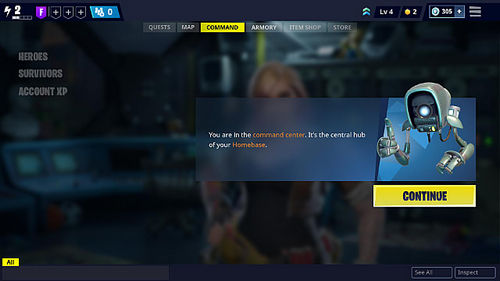 Additionally, Epic is redesigning the game’s Hero System. Heroes are Save the World‘s playable characters, and the system is being «redesigned to offer a more flexible approach to customizing your loadout with more options and room for creativity.»

Specifically, the number of Hero slots is being increased from three to six, and the developers are working to diversify the loadouts players can create. Full details on the new system will be available when they are finalized.

Further, the post acknowledges that fans may not be keen on waiting for the delayed launch. To compensate, Epic is offering the Standard, Deluxe, Super Deluxe, and Limited Founder’s Packs for 50% off.

All Founder’s Packs come with access to Save the World.