It’s not often that Blizzard assigns someone outside their own ranks a task. So,  when they do, you can be sure that person knows exactly what they’re doing. 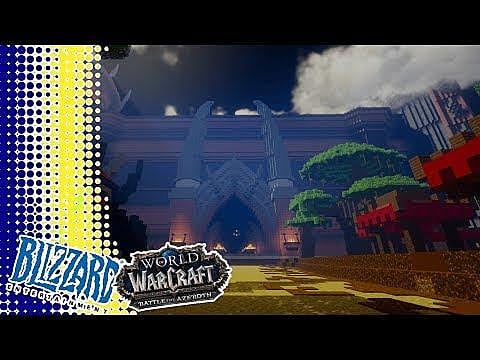 In this case we’re talking about a Minecraft artist going by the name of Vale_Yard, who was commissioned to recreate the Horde and Alliance capitol cities from World of Warcraft in the popular block-building game.

After being commissioned — and probably after getting permission from Blizzard — Vale_Yard posted about the project on Reddit. There’s a few things they didn’t specify, like what exactly the project is for or how much they’re getting paid, but they did answer questions from other Redditors you can see in the thread above.

More recently, they posted timelapses of both builds. These are big builds so be prepared to set aside some time to watch.

Aside from what we don’t know about the project, we do know it took months to do and that at present, Blizzard is considering eventually allowing public access to the map.

For those that are concerned with such things, Vale_Yard also confirms they’re getting paid real money for their work and not just in subs or digital goodies. They also say there may be more video content coming later, but added that that’s not a promise.

As for what the builds are actually for… That’s anyone’s guess. But considering BlizzCon is just a few short days away, it might be a good bet we’ll find out then.