As the Darksiders 3 release creeps ever closer, it’s time to prepare yourself for a new adventure as the next Horseman of the Apocalypse falls to Earth. Fury is gearing up to take on the Seven Deadly Sins and if you’re looking to join her you’ll have to make some decisions.

There are a couple of options when it comes to pre-orders, and they come with a lot. Here’s a breakdown of the different packages you can find. 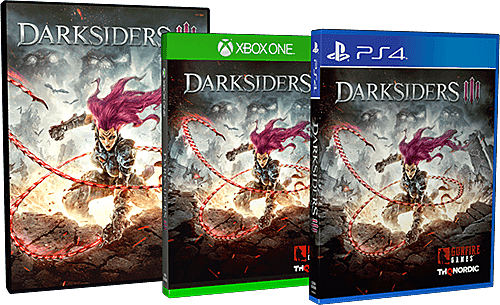 The Standard Edition is the most basic option, coming in at $59.99. It’s available physically and digitally for Xbox One, PS4, and PC, but if you pre-order a digital copy you’ll get access to an exclusive in-game cosmetic armor set for Fury. 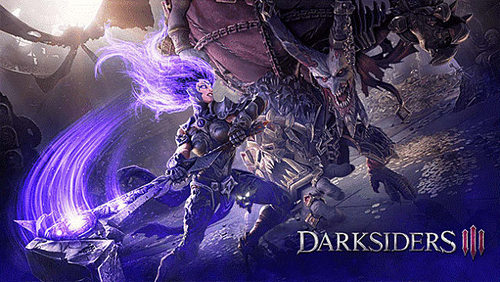 If we take a step up, we’ll find the Deluxe Edition. You’ll get the game as well as The Crucible and Keepers of the Void DLC. Purchasing on PC will also let you have access to the Darksiders 3 soundtrack.

There’s a small discount for pre-orders across the board, but console players will get 24-hour Early Access to the game too. On top of all of that, you’ll receive the exclusive in-game cosmetic armor set for Fury. 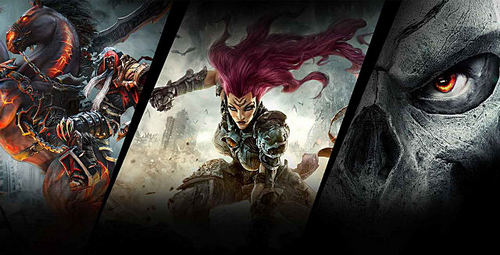 Continuing on, we come to the Blades and Whip Edition. This option is exclusive to consoles and includes both of the previous games; Darksiders Warmastered Edition and Darksiders 2 Deathinitive Edition. Both DLCs for Darksiders 3 are included and PS4 players can look forward to a new PS4 theme, not to mention the exclusive in-game cosmetic armor set for Fury.

On top of all the awesome content, Blades and Whip Edition comes with a 10% discount and 24-hour Early Access.

The Collector’s Edition is for the die-hard fans. You’ll obviously get access to the game, both DLCs, and the exclusive in-game cosmetic armor for Fury, but that’s just the beginning.

The Collector’s Edition also comes with the Darksiders 3 soundtrack and artbook, an original steelbook, and a 29cm Fury Figurine. All of this comes packaged together in an awesome premium Darksiders 3 box.

And finally, here’s the big one. Darksiders 3 Apocalypse Edition is a monstrous pre-order with a ton of stuff included. You get everything from the Collector’s Edition, with 3 added figurines of Vulgrim, War, Death. You’ll also find an impressive wall scroll depicting Fury in front of the Charred Council, and a heavy weight amulet. All of this comes in a massive premium box, that clearly states to everyone that you are the highest caliber of Darksiders fan.

All of these bundles can be found on the Darksiders official website. Make your choice and prepare to take on a collection of the most dangerous creatures that post-apocalyptic Earth has to offer.

Destiny Exotics Returning In Sequel’s Festival of the Lost Event