October 23 is a big day for CD Projekt Red’s Witcher-based card game GWENT, as that’s when the game will exit open beta on PC. And since release is, well, tomorrow, CDPR decided to drop a short video introducing new players to the mechanics of the game. 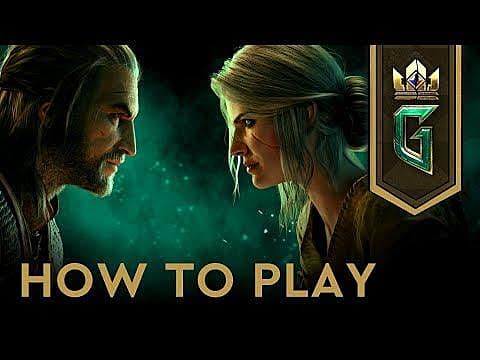 You can see the video in the header above.

In GWENT, players choose between five different factions taking on the role of «commanders», leading their armies in battles that are divided into rounds. Rounds are won by obtaining more points than the opponent. Battles are won by taking two out of the three rounds.

Each faction offers players a different, unique playstyle and features very different leaders. Once a faction is chosen, players will then assemble their deck. But they’ll need to be careful when doing it; the more power a card has, the higher its recruitment cost will be.

Players will need to balance power and cost in order to create a solid deck that fits within the recruitment cap. It’s also important to note that decks must have at least 25 cards in them.

GWENT: The Witcher Card Game boasts several mechanic elements, taking advantage of card placement on the field as well as giving players a way to become even more powerful through play and resource collection.

As expected, cards are still the most important thing here and players can acquire them either through crafting or via card kegs.

Players looking for a little more info on GWENT‘s mechanics than what are detailed in the video above should feel free to check out some of our GWENT for Newbies guides, including

Stay tuned to GameSkinny for more news on GWENT and every CDPR as it develops.