Fortnite has exploded into wild popularity thanks to its free-to-play Battle Royale mode, thanks in part to its availability as a free-to-play game. But Fortnite’s original Save the World mode will also eventually transition to a free-to-play model. However, those plans have been pushed out of 2018, as developer Epic Games says it needs to progress on some reworks and additional features before it makes the switch. 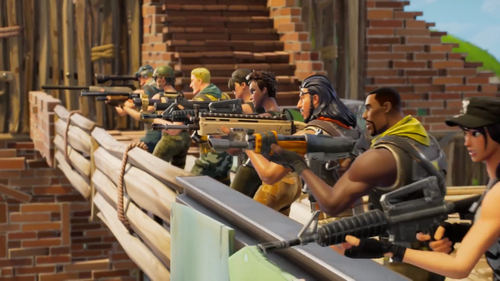 In an update about its Save the World mode, Epic suggests that the popularity of Fortnite as a whole means it needs to be prepared for a large influx of new users once STW goes free for all.

«We’re working on a broad set of features, reworks, and backend system scaling we believe are needed to go free-to-play,» it said. «Scaling up for the legions of player heroes who will be joining the fight is key to providing an excellent experience. This applies to all of our players, old and new, so we’re taking the time to get this right.»

If you just can’t wait for it to go free-to-play, Epic is hosting a 50% off sale for the Standard, Deluxe, Standard Deluxe, and Limited Founder’s Packs starting later this week. That means that your cheapest option will be $20 soon, until it goes free. Founders will also get a Brainiac Jonesy and Skull Ranger Ramirez for free if they log on during the Fortnitemares Halloween event.

The update also details a big change to the Hero System to give you more flexibility in the loadouts, along with several front-end UI improvements.

The cooperative PvE Save the World mode was the original pitch for Fortnite, and has remained in development as the free-to-play PvP Battle Royale has exploded in popularity. It’s fair to say the free version of the game has overshadowed its original vision, especially since the PvE isn’t available for some versions, including the Nintendo Switch or mobile games. But at least some of its large audience is likely to jump into Save the World once it’s free, so Epic is looking to be prepared.

If you need a hand on earning your rewards in Battle Royale, make sure to check out our challenge guide for this season.

How To Get The New Back Bling