Total War: Warhammer 2‘s newest campaign, Curse of the Vampire Coast, is coming on November 8, and Creative Assembly has announced a new update to go along with it: the Aye Aye! Patch.

According to the blog post linked above, the update brings with it some tweaks to the blood-sucking factions already in the game.

Specifically, Vampire Counts are receiving a new mechanic called «Bloodlines» that will allow them to summon up to three Lords from each of five Bloodlines. The Lords have their own skill trees and grant «powerful faction-wide bonuses» when summoned.

But things won’t be easy: «These Lords are not easily awoken,» the post continues, «extracting an increasingly heavy price in Blood Kisses.»

Blood Kisses are a new token attained by «vassaling other factions, slaying faction leaders, and wounding or assassinating characters through Hero actions.» 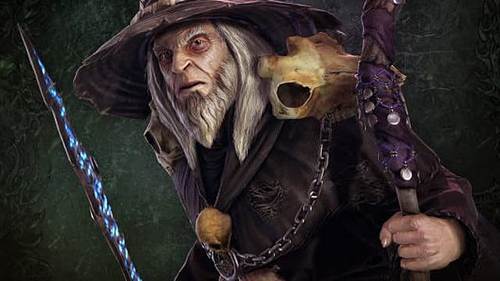 The Aye Aye! Patch will also give the Vampire Count’s Legendary Lord, Heinrich Kemmler, his own faction — the Barrow Legion — which will grant players an additional campaign starting point.

Further, Creative Assembly has announced one additional piece of free downloadable content: Legendary Lord Fellheart. Technically not a part of the Aye Aye Patch!, the new Lord will be available for download on November 8 as well.

The Aye Aye Patch! will also introduce a «plethora of balance changes to factions, Legendary Lords, and units.»

The update will be automatically applied as players log into Steam, and full patch notes will be available «soon.» Stay tuned to GameSkinny for more updates for Total War: Warhammer 2.