On October 20 and 21, Card Kingdom, one of the world’s largest online Magic: The Gathering retailers, is hosting The Chalice, «an exclusive charity tournament and a celebration of all things Magic: The Gathering,» at Mox Boarding House in Bellevue, WA. 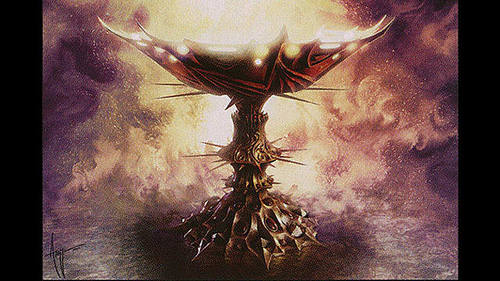 Eight Magic-personalities are set to compete, and they are each raising money for Big Brothers Big Sisters of Puget Sound in the weeks leading up to the tournament. This organization has been mentoring children ages 6 through 18 for more than 60 years.

Card Kingdom’s charitable giving program, ENGAGE, has supported local charities since 2013. Their biggest event to date is their annual tabletop gaming tournament, The Gauntlet, and they have raised close to $450,000 for local charities.

«The team at ENGAGE has a great relationship with Big Brothers Big Sisters, and we’re thrilled to use our passion for play to support the impact they have in our community,» David Peveto (ENGAGE’s Marketing and Social Media Coordinator) told me via email.

The Chalice’s eight participants are as follows:

They will compete in three challenges over two days, and, according to Card Kingdom’s blog, the winner will «take home the Chalice itself.»

While one of the challenges is a straightforward booster draft of Magic‘s newest set, Guilds of Ravnica, the other two are sure to throw the competitors for a loop.

In Battle Deck «Auction of the People,» the players will bid on eight «Battle Decks» («ready-to-play, 60 card decks» brewed by Card Kingdom) by offering a reduced hand size or starting life total. Once selected, the participants will spell-sling in three rounds of Swiss.

With Magic Block Party, players will «build their own Magic block by drafting three sets from Magic‘s history (plus a Core Set of their choice).» Using these sets, they will build Modern-legal, 60 card decks for head-to-head battle.

To complicate things further for the players, donations can be made to a specific Chalice competitor, and these donations come with perks for the participants.

«The more donations made on their behalf, the better, as the most successful fundraisers will unlock powerups offering tactical advantages throughout the weekend,» the press release states.

Further, a 64-player Modern tournament (open to local players) will be held at Mox Boarding House alongside The Chalice, and the prize pool is close to $4,000.

The Chalice will be broadcast on Card Kingdom’s Twitch on October 20 and 21, and there will be giveaways happening throughout the stream.

Stay tuned to GameSkinny for more news on Magic: The Gathering as it develops.