The Elder Scrolls Online launched first on PC back in 2014 before coming to PlayStation 4 and Xbox One about a year later. But will the MMO ever come to Nintendo Switch? It doesn’t seem likely. 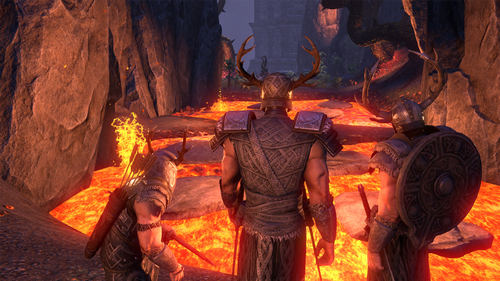 Game director Matt Firor told GameSpot today at PAX Aus that developer ZeniMax Online Studios has considered bringing the MMO to Nintendo’s hybrid console. However, the game’s massive file size (Firor says it’s about 75 GB) is one of the reasons it’s not going to happen.

For comparison, NBA 2K19 is just under 32 GB for Nintendo Switch, and it is one of the Switch’s largest games. Elder Scrolls Online is more than double that, so indeed, it could be a problem.

There are very few MMOs on Nintendo Switch, so ESO skipping the console is not all that surprising. Square Enix’s Dragon Quest X MMO is available on Switch, but only in Japan.

We also chatted with Firor about the differences in play behaviour between PC and console, how popular the game is today years after launch, what the announcement of The Elder Scrolls 6 means for ESO, and how ZeniMax Online Studios handles «crunch.» Keep checking back with GameSpot for more on our conversation with Firor.

PAX Aus started today, 26 October, and runs all weekend. GameSpot’s theatre, the GameSpot Dropbear Theatre, will host panels on Fortnite’s coverage in the mainstream media, voice acting featuring actors from Telltale’s The Walking Dead and Fallout 4, and hacking a video game, among other topics. You can see the full programming lineup for the GameSpot Dropbear Theatre here, while a full list of every PAX Aus panel can be seen here.