The long-awaited Red Dead Redemption 2 is finally out for PS4 and Xbox One, but Rockstar is working to counteract an unexpected controversy. Following comments about 100-hour work weeks, the studio has repeatedly made attempts to tell fans that it doesn’t expect such long hours from everyone. Now it has reportedly sent that message to its own employees too. 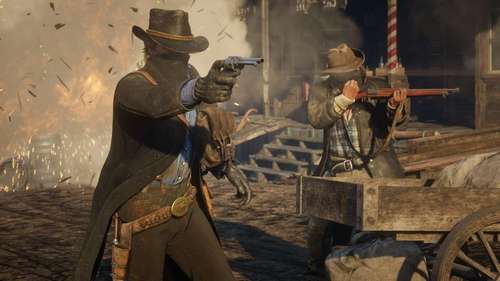 Variety reports that Rockstar held a meeting on Friday to tell its employees that overtime is not mandatory, though it is occasionally requested and scheduled. Rockstar’s Jennifer Kolbe said the meeting was held to clear up any misconceptions about what was expected of employees.

«Some people have said that they felt it was effectively mandatory because it was expected of them. In light of the discussion around this issue, we got the team together today to make sure it is clear to them that OT work is not mandatory,» she said. «We are also pushing to make any OT worked more flexible in terms of schedule (i.e. ‘work when makes sense for you’).»

Rockstar Lincoln is said to have worked the longest hours approaching the launch of Red Dead Redemption 2, with some weeks topping 60-70 hours. The meeting came to light after Flik Green, an animation assistant at Rockstar North, spoke about it on social media. She went on to say that when she worked at Lincoln as a QA tester she and her coworkers never assumed the overtime to be optional—but that the environment at North has been very different with more standard hours and only slight overtime.

The controversy kicked off when co-founder Dan Houser casually mentioned working 100-hour weeks several times in 2018. He later clarified that he was referring only to the senior writing team, including himself, but it had sparked a larger discussion about development crunch and the expectations put on developers.

Rockstar encouraged its employees to speak out about their own experiences, and several gave anecdotes about their time at the company. Many anecdotes noted that the studio does go through crunch, but that the environment had improved over the years and isn’t as extreme as 100-hour weeks.

Red Dead Redemption 2 is coming on October 26. For more details check out our pre-order guide.