Epic has begun teasing an apparent Halloween event for Fortnite, titled Fortnitemares. The event will kick off this Wednesday, October 24 and last through Monday, November 26. It promises «spooky rewards» for completing special Fortnitemares challenges, and uses a variation on the Season 6 theme, «Darkness has risen.» 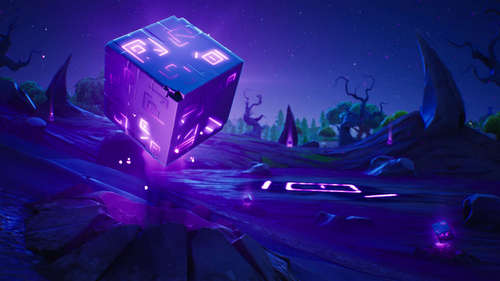 One such reward could be a skin that Epic appears to be teasing through Twitter. Three images have been revealed so far, and at least two of them look like they fit together like a puzzle. The Fortnitemares rewards will probably go through both the Battle Royale and Save the World modes, since Epic has announced that you can win a couple of skins by logging onto Save the World during the event.

That same announcement gave word that the Save the World mode, which had been planned for release as a free-to-play mode this year, won’t be switching to free after all. That means to earn any Fortnitemare rewards you’ll need to be a founder, but the studio is offering those packages at half-price.

The whole season is fairly creepy, and its biggest Battle Pass reward is the Dire Wolf skin that changes you into more and more of a werewolf as you level it up. We’ve also seen a slow drip of special Halloween skins. For more Halloween events, check out our Halloween roundup.

Free Legendaries Available Now, Here’s How To Get Them