Jump Force, the fighting game featuring a variety of characters from the popular Japanese manga anthology Shonen Jump, now has a release date. Bandai Namco has announced that it will release on February 15 for PC, PlayStation 4, and Xbox One. 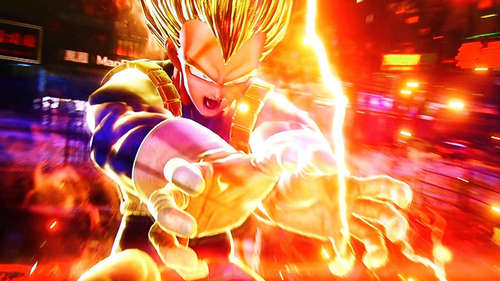 The date was revealed as part of Paris Games Week, and appropriately enough, the game also debuted a new Paris stage. The new trailer shows a fight between Ryo from City Hunter and Kenshiro from Fist of the North Star battling it out in the famous city, complete with some of its most iconic landmarks.

Jump Force is a who’s who of popular anime and manga characters. The newly revealed box art features Goku, Naruto, and Luffy. Some characters, like those from Death Note, are presented to further the story but not playable. The game appears similar to Dragon Ball FighterZ from Bandai Namco, which focused strictly on Dragon Ball characters.

Dragon Ball FighterZ was a smash success for Bandai Namco, as well as a critical standout. Part of that is the distinct visual style that captured the heart of the anime, but it’s also a solid competitive fighting game in its own right. In GameSpot’s review, critic Peter Brown said it was much more than a nostalgia trip.

«Where past games attempted to get there through huge character rosters and deliberately predictable trips down memory lane, FighterZ has bottled the essence of what makes the series’ characters, animation, and sense of humor so beloved and reconfigured it into something new: a Dragon Ball fighting game that can go toe-to-toe with the best of the genre,» he said.