Alongside the latest Ascendant Challenge, Bungie’s weekly reset in Destiny 2: Forsaken has provided a new bounty from Spider that rewards Powerful gear. This one is a target we’ve seen before, but the mission you’ll complete is in a different location than the previous instance. Here’s what to do to complete Wanted: Silent Fang. 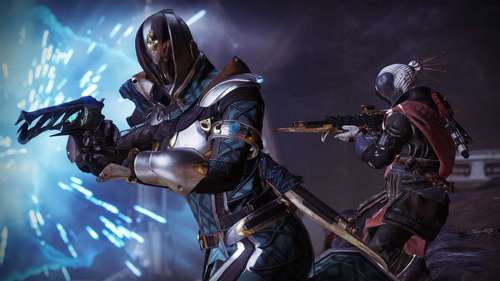 As always with the big bounty offered by Spider, there’s not any question of where to go. You don’t have to manually find the appropriate Lost Sector for the enemy you’re hunting; this gives you an Adventure on the designated planet. Silent Fang is found on the EDZ, in an Adventure appropriately titled Wanted: Silent Fang (recommended Power level: 540). But whereas his appearance in September saw you go The Sludge, this time you’ll go to Winding Cove.

First, of course, you need to buy the bounty from Spider for five Ghost Fragments, which you can find inside Tangled Shore chests and by completing Public Events in the area. Once you have the bounty, go to the EDZ’s Winding Cove landing zone and activate the Adventure. This will then have you make your way through the Lost Sector, and eventually you’ll reach Silent Fang, who is a giant Fallen Captain. Simply take him out to complete the bounty. You can watch September’s version of this above—the one wrinkle is the need to occasionally throw explosives dropped by shanks at objects generating shields, which will render Silent Fang vulnerable to damage.

The chest at the end is unlikely to provide any good rewards, but completing the Spider bounty provides you with a piece of Powerful gear.