The Spyro Reignited Trilogy is quickly approaching, bringing the mascot character back to his roots before his trip to Skylands. The latest trailer shows the little dragon and his surrounding cast looking better than ever. 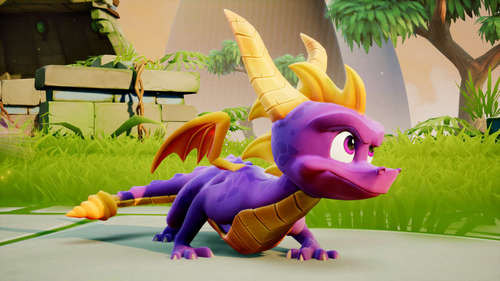 The reignited trilogy features three Spyro games that hit the PlayStation from 1998-2000. That includes Spyro the Dragon, Spyro 2: Ripto’s Rage, and Spyro: Year of the Dragon. The character was notable at the time for its characterization and animation, and that shows well in this visual overhaul. Developer Toys for Bob had its work cut out for it creating an updated style that remains true to the original, which required some filling in the gaps.

«When you look at the original game and you squint your eyes at it, there’s a lot of imagination that you had to do at the time to fill in the blanks.» Toys For Bob co-studio head Paul Yan told us. «For us, it’s taking the game, and asking: What do people remember about this? It was important to start with the memories as opposed to how do you interpret exactly what’s on the screen.»

Pre-ordering can get you a Spyro keychain. There’s only one version of the game, so you don’t have to pick and choose between editions that are special or definitive. As a remaster of a classic trilogy, it comes in at a budget price of $40. It’s due to release on November 13 for PlayStation 4 and Xbox One.