During an event today Apple announced a new iPad Pro model, and it apparently is incredibly powerful. Vice president of hardware engineering John Ternus maked the claim at one point that it’s as graphically powerful as the Xbox One S. The system boasts a new A12X Bionic chip that Apple claims delivers «2X faster graphics.» It has an eight-core CPU and seven core GPU. 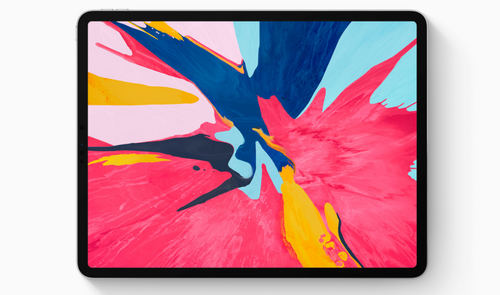 «To put it another way, the iPad Pro delivers Xbox One S-class graphics performance in a product that’s 94 percent smaller. And there’s no AC cord required.»

I liked the reference to XB1S in the announce, Apple stepping up the iPad Pro for some great Xbox to iPad cross-play matches, nice.

Ternus said the new iPad Pro represents the «biggest change» to the family of devices since it was introduced. He said this new model is the one Apple engineers dreamed about making from the beginning.

Xbox boss Phil Spencer responded to Apple’s claim, saying he enjoyed Apple’s reference during their presentation. He added that the device, with its new, better graphical capabilities, should make for better cross-play matches between Xbox and iPad for games that support it.