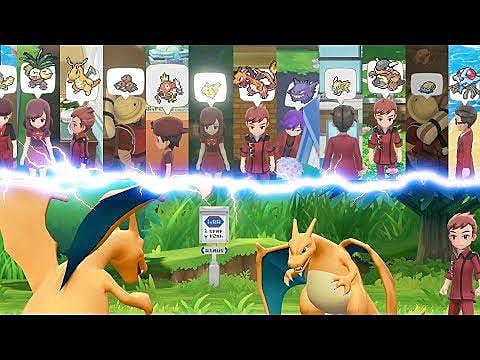 Once players earn the rank of Champion by beating the Elite Four and making their way through the Pokemon League, they will begin to encounter Master Trainers in the world.

There’s one for each Pokemon species in the Kanto region, which means there are plenty of titles to be earned. Each Master Trainer has their favorite Pokemon displayed in a bubble above their head, so players can easily decide who they’d like to challenge at any given time.

Keep in mind, however, that challenging these trainers won’t be easy, especially since items can not be used in battle.

Once a player manages to defeat a Master Trainer, they’ll be able to claim their title. These titles aren’t just for collecting either. Players will be able to display them in-game during Link Battles so everyone knows how good they really are.

These challenges are just one of many that will appear in both Let’s Go, Pikachu! and Let’s Go, Eevee!.

Stay tuned to GameSkinny for more Pokemon news, as well as our review for these two upcoming titles.